Japan's Nikkei rose more than 1 percent to hit a near two-year high on Tuesday following a rebound in US hi-tech shares as investors bet on solid growth in the economy and corporate profits globally. 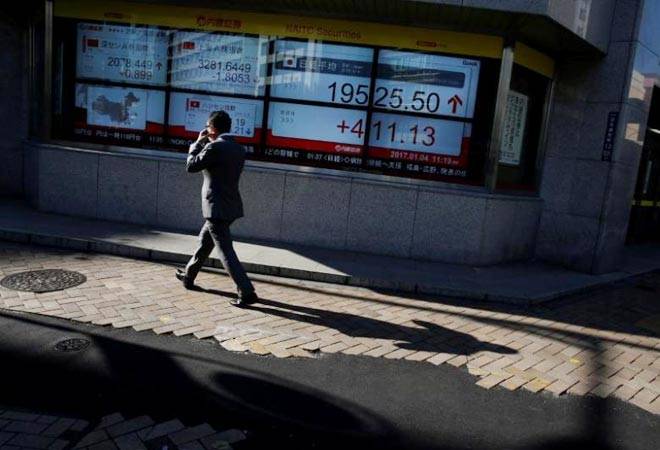 Japan's Nikkei rose more than 1 percent to hit a near two-year high on Tuesday following a rebound in US hi-tech shares as investors bet on solid growth in the economy and corporate profits globally.

A big focus for Asia is whether index provider MSCI will later in the day open up its Emerging Markets Index to Chinese mainland shares which have restricted access for foreign investors.

Many investors expect the so-called A shares that make up the majority of China's stock market are likely to be included after being rejected on three previous occasions.

Wall Street's S&P 500 and the Dow industrial average hit record highs as technology shares bounced back after some sudden falls earlier this month.

"Hi-tech shares just went through a correction. Their valuation is not that expensive, standing far below their levels at the peak of dot-com bubble in 2000. Given that their profits are expected to see exponential growth in coming years, it is premature to say the rally in hi-tech shares is over," said Mutsumi Kagawa, chief global strategist at Rakuten Securities.

US financial shares also gained as US debt yields rose after New York Fed President William Dudley, a close ally of Fed Chair Janet Yellen, said US inflation should rebound alongside wages as the labor market continues to improve.

The 10-year US Treasuries yield edged up to 2.191 percent from seven-month low of 2.103 percent touched on Wednesday following surprisingly weak US inflation data.

"Even though the Federal Reserve is about to shrink its balance sheet, possibly as soon as in September, US bond yields are kept at low levels, which are very comfortable for stocks," said Norihiro Fujito, senior investment analyst at Mitsubishi UFJ Morgan Stanley Securities.

"Trade volume is light and whether the market continues to rise depends on whether large cap tech shares continue to rebound," he also said.

The rebound in US bond yields helped to lift the US dollar. The euro traded at $1.1148, just above its two-week low of $1.11315 set on Thursday.The British pound slipped slightly to $1.2732 from Monday's high of $1.2814, held back by uncertainty over domestic politics and over Britain's economic future, as formal Brexit negotiations got under way on Monday.

Asian markets lag, cautious ahead of US federal Reserve meet

Sensex adds to gains, up 81 pts on overseas cues