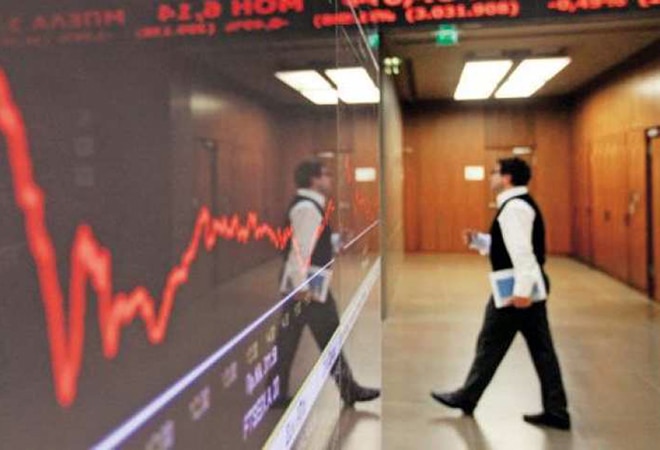 A rising market tide may not lift all boats. Nearly one-third of stocks with market capitalisation over Rs 1,000 crore have posted negative year-to-date returns up to 78.3 per cent.

The worst performers were Future Lifestyle Fashions, Future Retail, Suven Life Sciences, Future Consumer, YES Bank, GE Power and Federal-Mogul Goetze (India) that witnessed price erosion between 52 and 78.3 per cent from January 01 to December 16, 2020. Most of these stocks touched their 52-week low during the month of March and April, but have seen an amazing recovery of over 30 per cent since then. In August, Reliance Industries announced acquisition of retail, wholesale, logistics and warehousing businesses of Future Group for Rs 24,713 crore to bolster its fast-growing retail business. In case of YES Bank, structural changes took place after a rescue plan was formed by the RBI in March 2020. The homegrown drug maker, Suven Life Sciences had posted a 20.4 per cent decline in its consolidated net profit during the September quarter. Meanwhile, in close to 60 scrips, share prices have fallen more than 20 per cent, but restricted the contraction below 50 per cent during the period. Further, 13 per cent of the lot just saw single-digit price erosion. 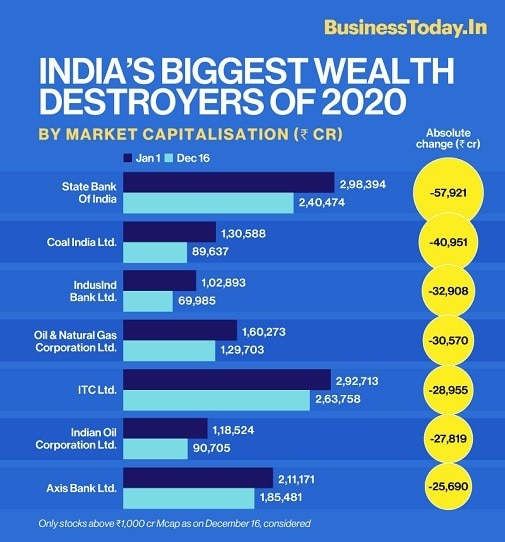 Among the beaten down stocks, a majority belonged to banks, finance and capital goods sector, with a 33 per cent share. Auto sector firms were next in line with another 8.8 per cent share. Additionally, the companies from FMCG, infrastructure and realty space had a contribution of 5.3 each.

Markets went on a roller coaster ride this year as the pandemic wreaked havoc across the globe - a sharp fall in March was followed by an astonishing recovery of 83 per cent that brought it to all-time highs. Nonetheless, the blue-chip index Sensex has delivered 13.5 per cent returns in the year so far.