Overseas, Asian equities and the US futures were on course for their worst week in more than two months, following sharp declines on Wall Street overnight as investors awaited US jobs data 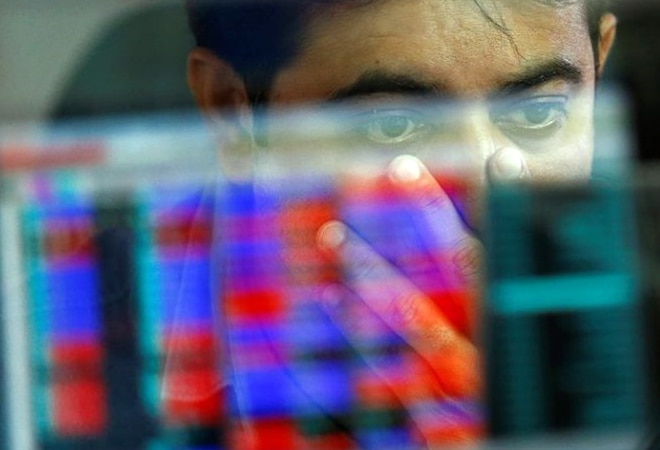 In the US, stocks fell sharply on Thursday, led by a sell-off in tech shares, before markets closing for US holidays

Kotak Bank, Axis Bank, HDFC, SBI, ICICI Bank, Tata Steel, JSW Steel were among the top losers on BSE. On the other hand, Maruti was the sole gainer on both BSE Sensex and NSE Nifty. All the sector-based indices fell deep in red today, almost 3% decline in metals, 2% fall in realty, pharma, banking and financials.

Bank stocks continued falling heavily for the second session today as the Supreme Court directed banks not to tag loans that were standard as on 31 August as non-performing even if there was a default, till further orders. FM Sitharaman also asked banks to roll out resolution plans for COVID-hit accounts by 15 September and provide adequate support to the borrowers following the lifting of the moratorium on repayment of debts.

Nirali Shah, Senior Research Analyst, Samco Securities said, "The Supreme Court has rendered path-breaking verdicts in the past which have a bearing ongoing concern assumptions of a handful of corporates. The recent tug-of-war between borrowers and lenders (banks) have reached their pinnacle."

S Ranganathan, Head of Research at LKP Securities said, "While Geopolitical Issues dominated trading today on the back of already weak global cues in opening trade we did witness bargain hunting amidst the mayhem in select segments. Consumer Durables and Rural based stocks were bought into on the back of a well-distributed bountiful monsoon and improved crop sowing this season".

Overseas, Asian equities and the US futures were on course for their worst week in more than two months, following sharp declines on Wall Street overnight as investors awaited US jobs data. Australia's retail sales data for July will also be announced later in the day.

"FTSE and Dow Futures were up by 0.67% and 0.82% respectively while Nasdaq Futures was down by 0.08%," said Keshav Lahoti, Associate Equity Analyst, Angel Broking.

However, Euro region markets traded higher, supported by banking stocks. Vinod Nair, Head of Research at Geojit Financial Services said,"European markets were trading positive in early trades, following merger talks and expectation of more stimulus measures. The US jobs data, due later in the day, will set the tone for global market trends."

Technically, Nifty held above 11300 on a closing basis. "Wide-ranging days like the one witnessed on Monday have more often than not been turning points for the markets," said Nirali Shah, Senior Research Analyst, Samco Securities.

She added,"Once the immediate support of 11100 is broken on the downside, Nifty50 might head to test the lower end of the channel which is placed at 10700 levels. Immediate resistance is now placed at 11600."

On market closing today, Manish Hathiramani, proprietary index trader and technical analyst, Deen Dayal Investments said, "We managed to stick above the 11300 level which is a saving grace for the bulls until markets reopen on Monday. If we breach this level on a closing basis, we could enter into a short term bear phase. On the upside, we need to get past 11600 for the markets to continue its upward momentum."

Indian rupee, on the currency front, snapped from its two-day losing streak and ended stronger on Friday. The local unit witnessed high volatility and later closed at 73.14 against the US currency, registering a gain of 33 paise over its previous close of 73.47 per dollar.