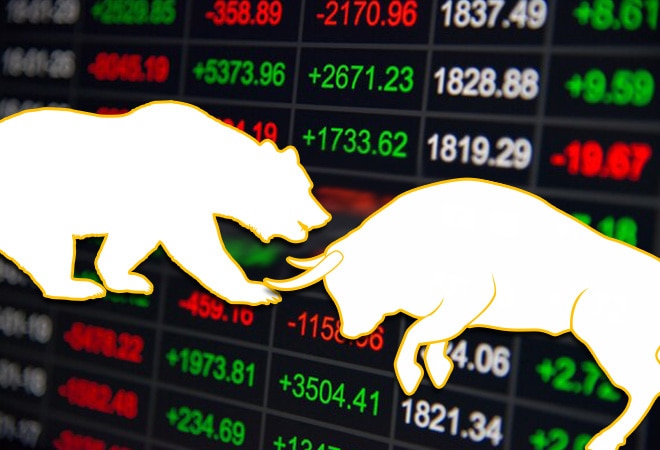 Market indices surged to fresh record highs on Monday for the ninth straight session after Drugs Controller General of India (DCGI) granted restricted emergency use authorisation for the Serum Institute of India (SII)'s 'Covishield' and Bharat Biotech's 'Covaxin' vaccines against COVID-19 in India.

Vinod Nair, Head of Research at Geojit Financial Services said," Every dip is being considered by the traders as an opportunity to buy. This morning's volatility was brought, fueled by the early rollout of the vaccine in India and positive opening of the European market. The leader was IT stocks boosted by the hope of a strong quarterly result, which will start soon. The global market has kicked off the year on a positive note as investors across the globe are optimistic about economic recovery on the report over vaccine approval &  fiscal support."

TCS, ONGC, SBI, L&T, Infosys, HCL Tech, ICICI Bank and Axis Bank were among the gainers. On the other hand, HDFC, Asian Paints and Reliance Industries were among the laggards. Sectorally, except banking stocks, all the other indices closed in green territory today, with over 5% gain in metal and 2% rise in IT stocks.

As the first trading day of 2021 kicked off, global equities were mostly positive. Key economic data out of China and Japan kept sentiments upbeat. A business survey on Monday showed that activity growth in China's vast industrial sector had slowed, raising doubts about a ift global economic rebound.

Investors also looked forward to data from the United States and Europe that is due later in the day and cautiously awaited runoff elections outcome in Georgia for two U.S. Senate seats, scheduled on Tuesday that will determine which party controls the Senate.

On markets closing -Ashis Biswas, Head of Technical Research at CapitalVia Global Research Ltd. - Investment Advisor said,"The market witnessed some swift recovery from its short-term support around the Nifty50 Index level of 13950-13970 today. The expected level should range between 14250-13950, and it's going to be crucial for the short-term market scenario to sustain above 13950. Technical evidence is still aligned to support the bullish case scenario. As such, we advised investors to buy on intraday correction and look for an exit around the 14250-14270 level in the short term.

Commenting on Nifty's technical view, Rohit Singre, Senior Technical Analyst at LKP Securities said,"Index opened day with gap up and after taking some din in the first half index managed to close a day near its high at 14128 with a gain of nearly one per cent and formed a hanging man candle pattern on the daily chart. Going forward strong base is created near 14k mark any dip near 14k mark will be again buying opportunity and on the higher side immediate  & strong hurdle is placed at 14200 zone traders can use 14200 zone as profit booking zone."

On the currency front, the Indian rupee opened 21 paise higher at 72.90 and later closed 9 paise higher at 73.02 against the US dollar on Monday, supported by sustained foreign fund inflows and weakness of the American currency in the overseas market. Positive domestic equities and news on COVID-19 vaccine also improved sentiments. On Friday, the rupee had settled at 73.11 against the American currency.

TCS share crosses Rs 3,000 mark as IT stocks rise ahead of Q3 earnings