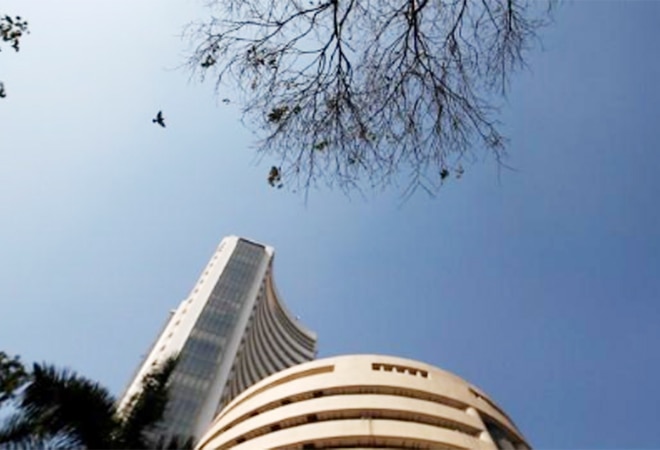 Barring IT index, all other sectors closed in the red territory, with over 3% fall registered in media, metal index and almost 2% decline in metal, pharma, banking and realty.

Barring IT index, all other sectors closed in the red territory, with over 3% fall registered in media, metal index and almost 2% decline in metal, pharma, banking and realty. Reliance Industries, Sun Pharma, Infosys, Axis Bank and ICICI Bank were among the top gainers today. On the other hand, PowerGrid, followed by NTPC, Nestle India, ONGC, L&T, HDFC and M&M were the top losers.

Ajit Mishra, VP - Research, Religare Broking said," The broader markets too witnessed a sell-off in today's session as both Midcap and Smallcap ended lower by 1.5% and 0.9%. Among the sectors, except oil and gas, all the other indices ended with losses wherein Telecom, Metal and Capital Goods were the top losers."

Sentiments were dampened following reports that Indian and Chinese troops were in a standoff at heights around Rezang La and were holding on to mountain heights.

IT stocks closed higher after Citi's positive stance on the sector, while bank stocks fell after Moody's Investors Service on Friday downgraded the long-term local and foreign currency deposit ratings of few banks to Ba1 from Baa3.

Vinod Nair, Head of Research at Geojit Financial Services said, "Today's fall was accompanied by an increase in volatility, measured by India VIX, by around 5% and mixed global cues. Indo- China border tensions flared again, along with dismal GDP forecast by rating agencies which impacted the markets."

On the currency front, Indian rupee that depreciated 29 paise to 73.64 per dollar in Tuesday's opening deals, ended at 73.60 per dollar against yesterday's close of 73.34 per dollar.

Keshav Lahoti, Associate Equity Analyst, Angel Broking said,"Weak global cues also led to a correction in the market FTSE and Nasdaq Futures was down by 0.27% and 2.20% respectively, whereas Dow Futures was marginally up by 0.13%.

Aamar Deo Singh, Head Advisory, Angel Broking said, "Technically, we are seeing some selling pressure at higher levels with the range for Nifty seen in the short-term between 11150-11450."

Worldwide, there were 274 lakh confirmed cases and 8.96 lakh deaths from COVID-19 outbreak. Meanwhile, India's death toll from COVID-19 infections rose to 72,816 and total coronavirus cases stood at 42.80 lakh as of Tuesday.

25% in LIC up for grabs? The next big IPO to watch out for