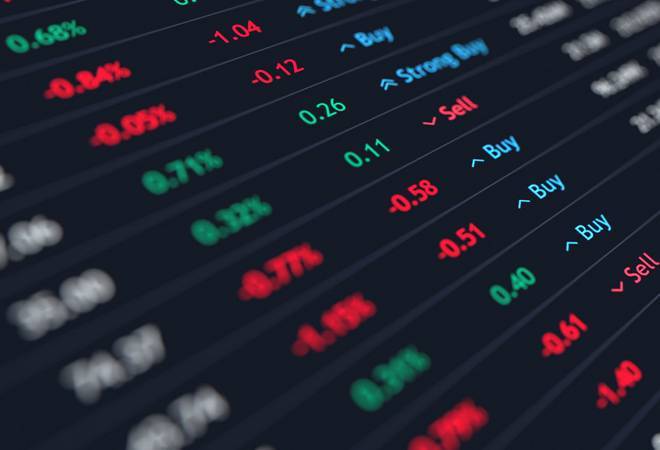 Earlier domestic indices opened higher, but gave up gains on back of the weak cues from SGX Nifty and other Asian counterparts

Weakness in today's session was on back of negative trend in Asian markets and Moody's downgrade to various domestic sectors in the recent days. Indian Oil, ONGC, Titan, M&M, ONGC and HDFC were among the top laggards today, while Sun Pharma, TCS, PowerGrid, HDFC Bank, HCL Tech and ICICI Bank were the top performers today.

Ajit Mishra, VP - Research, Religare Broking said,"Markets opened in the green, taking cues from the global markets but the gains soon fizzled out due to continuous profit-taking in banking and financial stocks. However, noticeable buying interest in the IT and pharma majors capped downside."

Earlier domestic indices opened higher, but gave up gains on back of the weak cues from SGX Nifty and other Asian counterparts.

Asian markets opened tepid with some indices retracing back from the highs on mixed cues of continued optimism over economies returning to normal and concerns over rising US-China tensions. While markets in Shanghai, Hong Kong and Singapore were in the red, those in Japan, Korea, Taiwan were trading with gains.

US markets closed higher as investors shrugged off concerns over civil unrest and tensions with China giving importance to ADP unemployment data which was lower than expectation and countries returning back to business rather than unrest in US.

Commenting on Nifty's near term outlook, Rohit Singre, Senior Technical Analyst at LKP Securities said, "Index again managed to close above 10k mark with minimal loss of 32 points and formed a doji candle pattern on daily chart which hints uncertainty in the markets. Going forwards 9900-9800 zone become good base in index and on the higher side 10100-10200 is become immediate hurdle, technically speaking index can see some consolidation move in the zone of 9800-10200.