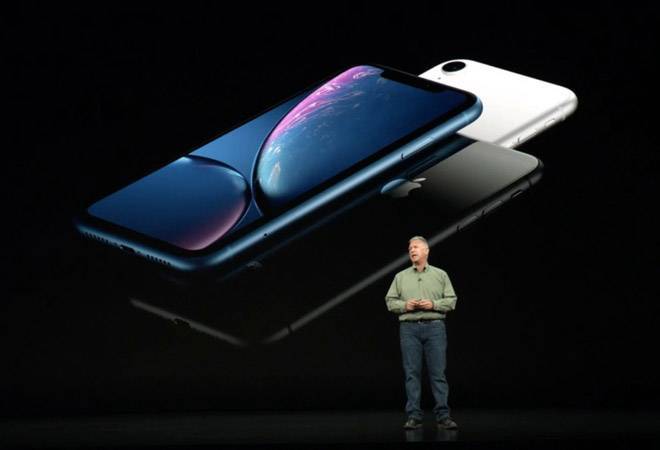 The Apple stock lost $13 billion dollar in market capitalisation after the firm unveiled the next generation of iPhones at its launch event at Steve Jobs Theatre in Apple Park, Cupertino on Wednesday. The stock which closed at $223.85 on Nasdaq on Tuesday opened at $224.94 the next day and hit and intra day high and intra day low of $225 and $219.84, respectively.

The iPhone XS and iPhone XS Max are the next flagship smartphones from the company. With the intention to appeal to a wider customer base, Apple has also launched an 'affordable' iPhone XR. All three devices come fitted with Apple's latest A12 Bionic chipset based on 7nm architecture, which promises better performance while being less battery-hungry.

The Apple flagships of this generation, iPhone XS and iPhone XS Max, sport 5.8-inch and 6.5 inch screens respectively. Both panels are Super Retina OLED displays and have a notch at the top resulting in an aspect ratio of 19.5:9. While the smaller 5.8-inch display has the same resolution as its predecessor at 1,125x2,436 pixels, the larger 6.5-inch screen accommodates 1,242x2,688 pixels. The pixel density is the same for both devices at 458ppi for both displays.

The new iPhones will be available in three storage configurations - 64GB, 256GB and 512GB. Prices for the iPhone XS will begin at $999, whereas those for the iPhone XS Max will start from $1099. Both will be available for pre-order from September 14, and the first phase of deliveries will commence on September 21. The devices will come to India during the second phase of deliveries which is September 28.

On August 2 this year, Apple Inc became the first $1 trillion publicly listed US company, crowning a decade-long rise fueled by its ubiquitous iPhone that transformed it from a niche player in personal computers into a global powerhouse spanning entertainment and communications.

The tech company's stock jumped 2.8 percent to as high as $207.05, bringing its gain to about 9 percent since Tuesday when it reported June-quarter results above expectations and said it bought back $20 billion of its own shares.

This stock turned Rs 1 lakh into Rs 2 lakh in just two years, do you own it?