The markets stepped back on profit-taking on Tuesday and oil prices regrouped after Monday's big fall, while the dollar was on the defensive as expectations of an imminent US rate hike receded. 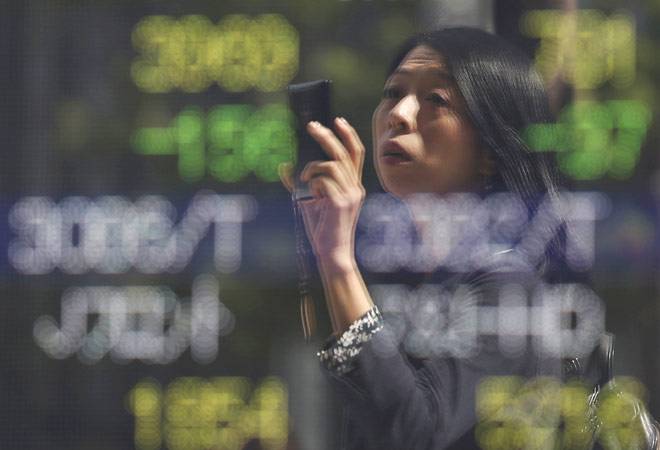 Asian shares stepped back from two-month highs on profit-taking on Tuesday and oil prices regrouped after Monday's big fall, while the dollar was on the defensive as expectations of an imminent US rate hike receded.

MSCI's broadest index of Asia-Pacific shares outside Japan .MIAPJ0000PUS slipped 0.2 per cent in early trade from their two-month high touched on Monday, though it was still up 8.6 per cent so far this month. Japan's Nikkei .N225 fell 0.6 per cent.

Oil prices tumbled on Monday as traders took profits after last week's surge to an 11-week high, and on a report that OPEC continued to boost crude production despite a persistent glut.

Brent crude futures LCOc1 fell 5.3 per cent on Monday, their biggest loss in about six weeks. In Asian trade on Tuesday, they recouped about a fifth of those losses to trade at $50.45 per barrel.

On the whole, investors' risk appetite has returned as they price out a chance of the US Federal Reserve raising interest rates this year.

Fed Governor Lael Brainard reinforced such expectations, saying late on Monday the Fed should hold off on any interest rate hike until it is clear that a global slowdown, difficulties in China and other international risks will not push the US recovery off course.

In a sign of easing concerns among investors, the CBOE volatility index .VIX, often seen as investors' fear gauge on Wall Street shares, fell to 16.15 per cent - its lowest level in two months.

The dollar's index against a basket of six major currencies dropped to a three-week low of 94.619 on Monday, having dropped 2.2 per cent from its high hit on September 25. It last stood at 94.955.

As the dollar wilted, commodity currencies recovered sharply, with the Australian dollar rising to a two-month high of $0.7382 AUD=D4 on Monday.

Emerging economy currencies gained even more as speculators bought them back, hitting their highest levels in several weeks.

"Considering that emerging economies, from the Indian rupee to the Chilean peso, have been a source of concern for the world economy, their recovery is positive for both emerging economies as well as risk assets as a whole," said Makoto Noji, senior strategist at SMBC Nikko Securities, in a report.

"Yet, there is no structural change in China's efforts to cut excessive investments... We should be wary of the possibility that the rally in risk assets driven by easing expectations of a Fed rate hike will run out of steam," he added.

The Chinese yuan also hit its highest level since early August on Monday, firming to as far as 6.3187 to the dollar CNY=CFTC.

The biggest focus in Asia on Tuesday is China's September trade data later in the day, which is expected to show further weakness in the world's second largest economy.

Why Infosys shares fell even after good Q2 result