The headline indices edged lower after hitting its strongest close in nearly a year in the previous session as caution prevailed ahead of corporate results and investors awaited progress on the GST bill. 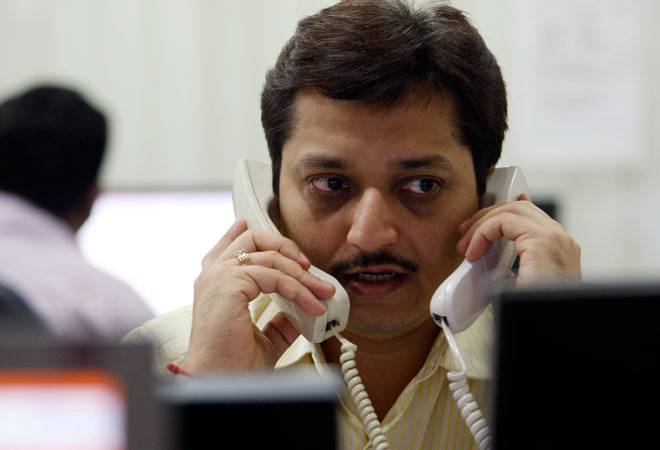 The S&P BSE Sensex on Thursday tanked 205 points, while the broader Nifty50 slipped below its key 7,550-mark.

The headline indices edged lower after hitting its strongest close in nearly a year in the previous session as caution prevailed ahead of corporate results and investors awaited progress on the GST bill.

Axis Bank was the top loser on both the benchmark indices and fell 4 per cent on the bourses.

Miner Hindustan Zinc fell nearly 3 per cent after posting a 47 per cent fall in quarterly profit on Wednesday, while Larsen & Toubro Infotech fell as much as 6 per cent on its market debut.

Investors are also waiting to see whether the government can pass a revamped goods and services tax bill in the ongoing parliament session.

But overall, analysts said markets would likely retain their positive tone, with the NSE index up 3.4 per cent this month as of Wednesday's close, its fifth consecutive monthly gain.

"Last couple of days we've been going below 8,500 and managing to close above 8,500. So that's a positive takeaway for markets," said Gaurang Shah, vice president at Geojit BNP Paribas Financial Services, referring to the Nifty.

Larsen & Toubro Infotech settled the day at Rs 697.65, down 4.66 per cent from its IPO price of Rs 710, as its debut was marred by concerns about the outlook for the software services exports sector after some disappointing earnings this month.

Among gainers, Ambuja Cements rose as much as 2.18 per cent to its highest in more than a year after the company received government nod to buy 24 per cent of its holding company Holcim (India) Pvt, paving way for restructuring of Ambuja parent LafargeHolcim's India assets.

LafargeHolcim's majority-owned ACC rose as much as 5.3 per cent and was among the top per centage gainers on the Nifty.