The headline indices edged lower as investors exercised caution ahead of a government meeting to discuss the goods and services tax bill and central bank meetings in the United States and Japan. 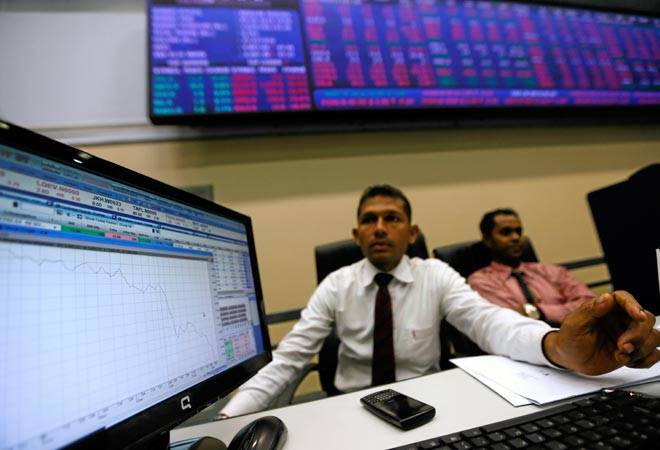 The S&P BSE Sensex on Tuesday slipped below its crucial psychological level of 28,000 to settle the day 119 points lower, while the broader Nifty50 also fell below its key 8,600-mark.

The headline indices edged lower after hitting a near one-year high in the previous session, as investors exercised caution ahead of a government meeting to discuss the goods and services tax bill and central bank meetings in the United States and Japan.

Investors hope uncertainties about the much-delayed GST bill would be cleared as state finance ministers meet FM Arun Jaitley to discuss it ahead of a debate in the Rajya Sabha.

The Bank of Japan is expected to ease policy after Governor Haruhiko Kuroda said on Saturday he would do so, if necessary, to achieve the 2 per cent inflation goal.

The US Fed is expected to keep interest rates unchanged, according to a Thomson Reuters poll, but investors closely await its statement for clues on policy direction.

"After NSE and BSE recorded huge gains on Monday, investors booked profits, partly due to the uncertainties surrounding the tax bill."

Dr Reddy's stock was the worst performer on both the benchmark indices and tanked 5 per cent after the pharma major said its quarterly profit slumped 75 per cent, hurt by fierce competition in its largest market, the United States.

Shares of Lupin fell as much as 1.63 per cent after gaining around 10.9 per cent so far this month as of Monday's close.

Cement companies ACC and Ambuja Cements rose as much as 2.04 per cent and 1.86 per cent, respectively, ahead of their results scheduled later in the day.

Amtek Auto up over 17% on reports of asset sale expansion