Stocks of state-run BPCL, HPCL and Indian Oil ended up to 6.11 per cent lower. ONGC was among the biggest Sensex losers, plunging by 2.03 per cent. 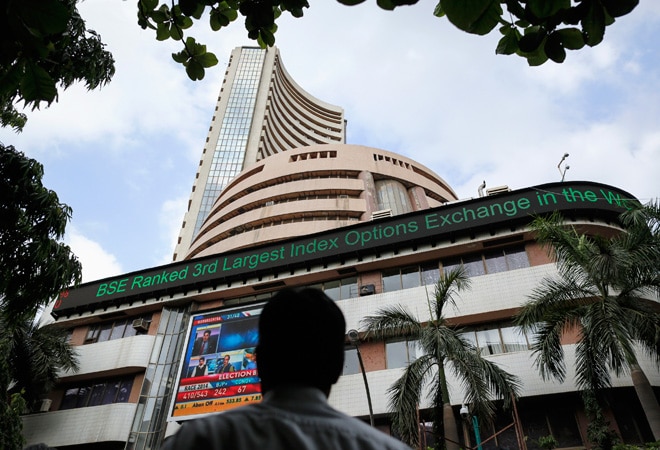 The benchmark BSE Sensex on Thursday fell from all-time level to settle the day 68 points lower at 27,940.64 as investors became cautious after excise duty on petrol and diesel was hiked even as inflation cooled off and factory output grew in signs of economic recovery.

The Sensex rose in early trade on hopes of rate cut after inflation softened to 5.52 per cent in October.

But soon profit-booking emerged after the government hiked excise duty on petrol and diesel prices by Rs 1.50 a litre each to mop up an additional Rs 13,000 crore in revenue.

Some investors fear this may weaken the fight against inflation, a broker said.

After a highly volatile trade, the bellwether index finally settled the day at 27,940.64, showing a loss of 68.26 points or 0.24 per cent from its yesterday's close, snapping three days of rise.

On Wednesday, the benchmark index had ended at an all-time closing high of 28,008.90 and also hit intra-day high of 28,126.48 on sustained foreign funds inflows driven by economic reforms undertaken by the government recently.

Stocks of state-run BPCL, HPCL and Indian Oil Corp ended up to 6.11 per cent lower. ONGC was among the biggest Sensex losers, plunging by 2.03 per cent, while RIL fell by 0.53 per cent.

"The benchmarks were seen upholding sideways bias on Thursday as well, after the better than expected macro-economic data failed to trigger the directional move. In line with the key index, the sectoral indices too traded mixed whereas profit taking in the cash segment pushed the market breadth in the red," said Jayant Manglik, President, Retail Distribution, Religare Securities.

Sixteen scrips out of the 30-share Sensex pack ended lower while 14 others closed higher.

Key indices in Hong Kong, Japan, Taiwan, and Singapore ended higher by 0.34-1.14 per cent, while indices in China and South Korea finished lower by 0.34-0.36 per cent.