Investing community was clearly encouraged by the Economic Survey which pointed out that current macroeconomic scenario in India is more favourable than others. 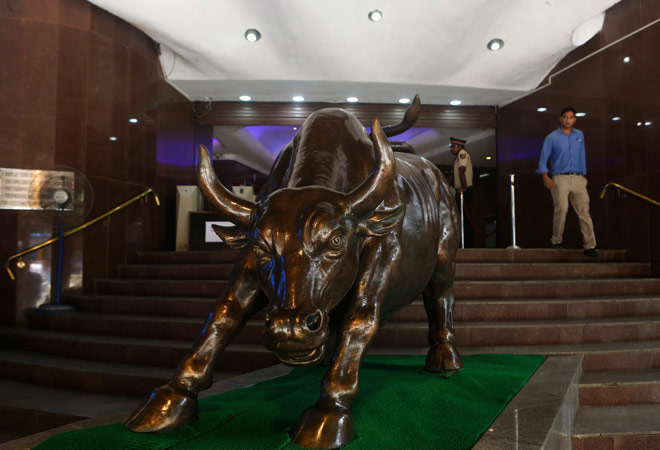 The BSE Sensex opened at 28,865.12 on optimistic buying and gathered momentum, soon after the Economic Survey was tabled in Parliament.

It forecast economy will grow by 8.1-8.5 per cent in 2015-16 and by 8-10 per cent in coming years while stressing on the need for accelerated fiscal consolidation in view of reduced macroeconomic pressures.

However, Sensex laggards include GAIL, ITC, Wipro and Hindustan Unilever which succumbed to profit-booking.

Investing community was clearly encouraged by the Survey which pointed out that current macroeconomic scenario in India is more favourable than others.

"India has reached a sweet spot and there is scope for big-bang reforms now. It also opens up space for RBI to cut rates...this raises the expectations from Budget tomorrow", said Anand Rathi Financial Services, Sr. VP and Head - Equity Advisory, Devang Mehta.

Buying activity also gathered momentum ahead of the budget.

The BSE Midcap index gained 1.84 per cent and the Smallcap index rose by 1.40 per cent.

According to provisional figures, foreigners bought shares worth Rs 2,312.15 crore on Thursday.

Domestic institutions too were net buyers to the tune of Rs 340.79 crore. Meanwhile, stock markets will remain open tomorrow for normal trading on Budget day.