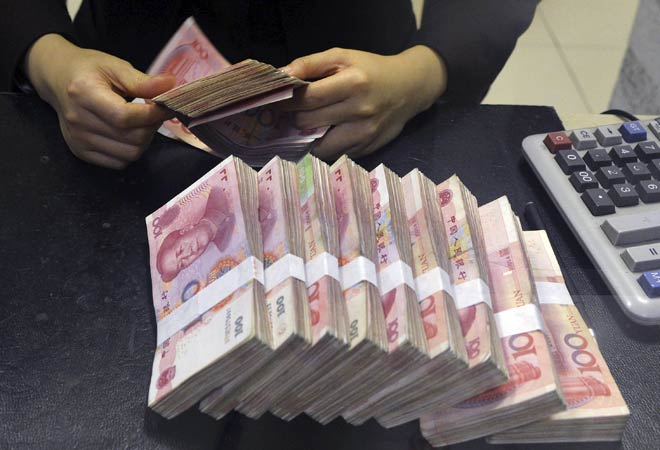 "India's growth is expected to strengthen from 7.2 per cent in 2014 to 7.5 per cent in 2015. Growth will benefit from recent policy reforms, a consequent pick-up in investment, and lower oil prices," IMF had said, adding that China at the same time will see a deceleration from 7.4 to 6.8 per cent in 2015.

Here are five reasons why India's neighbour seems headed for a slowdown:

1. China on May 10 cut interest rates by 25 basis points, the third intervention by its central bank (People's Bank of China) in the last six months, in an attempt to boost investments. The one-year deposit rate now stands at 2.25 per cent, and one-year lending rate at 5.1 per cent starting Monday.

2. In another attempt to liberalise the interest rates, the upper limit of the floating band of deposit rates was increased to 1.5 times the benchmark from the previous 1.3 times.

3. The smartphone shipments in China have fallen by 4.3 per cent in the first quarter as compared to the previous year. This has happened for the first time in six years, according to a new survey to be released on Monday by International Data Corp, as stated by The Walls Street Journal.

4. People's Bank of China had cut the reserve requirement ratio in February and again in April to bolster the economy. China's central bank is looking at reviving the economy from downward pressure and deflationary risks. "The cuts respond to economic circumstance and are likelty to serve the purpose of lowering financing costs," Qu Hongbin, chief economist for China at HSBC said.

5. The Chinese stock markets on Monday seemed unimpressed by the central bank's latest rate cut. As of 0720 IST, the CSI300 index of the largest listed companies in Shanghai and Shenzhen was down 0.2 per cent while the Shanghai Composite Index was down 0.1 per cent.