Amid selloff of tech stocks, Tesla shares exceeded overall decline in market, wiping out about $230 billion from its valuation in less than a month. On Friday alone, Tesla share closed 3.8 per cent down at $597.95, its lowest in two months 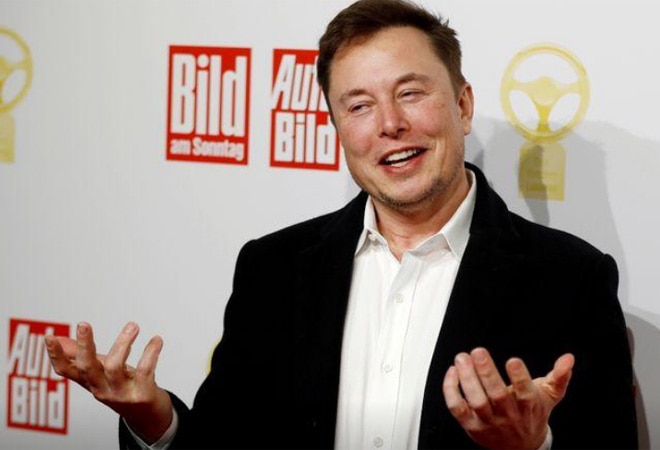 Tesla chief executive Elon Musk, who gained a record $150 billion in the year 2020, has seen a sharp decline in net worth and he lost about $27 billion since Monday this week as the auto major's stock tumbled. At $156.9 billion, Musk is still the second wealthiest man on the planet, as per the Bloomberg Billionaire Index, but the recent fall in shares have put him about $20 billion behind Amazon chief executive Bezos.

Amid the selloff of tech stocks, Tesla shares exceeded the overall decline in the market, wiping out about $230 billion from its valuation in less than a month. On Friday alone, Tesla share closed 3.8 per cent down at $597.95, its lowest in the past two months. In one week, the EV giant saw an 11 per cent dip in its value. The reason behind Tesla stock fall is seen as a broader selloff in the tech stocks amid concerns that high treasury yield could lead to a rise in the borrowing costs, and that high performing stocks may underperform.

In both the Nasdaq 100 Stock Index and S&P 500 Index, Tesla is now valued at around $574 billion. This is way below its January valuation that hit $837 billion in late January. However, the decline is nothing as compared to the unprecedented rise of 743 per cent in its share in 2020. Musk and Bezos have recently been flip-flopping for the title of the World's richest person, besides having years-long friction over their competing outer-space ambitions. In 2021, Musk replaced Amazon boss Jeff Bezos as the richest man in the world as his wealth peaked to $210 billion.

Also read: 'There is no dialogue with Tesla': Chandrasekaran on tie-up rumours

Musk slipped to the number two position on February 23 again after a decline in Tesla's share. Recently, ace investor Rakesh Jhunjhunwala said that he wasn't sure about Tesla's valuation. According to the billionaire stock market investor, the m-cap of Tesla is not going to last and is not linked to the entrepreneurial capabilities of Musk.

Musk has been at the front and centre of some of the biggest market events so far this year. The eccentric billionaire fanned the flames of the GameStop Corp share rally and sent the stocks of Shopify Inc., Signal Advance Inc., Etsy Inc., and CD Projekt SA rolling with his booster shot tweets. He also stirred up the price of Bitcoin and even Dogecoin, a little-known cryptocurrency that surged after his tweet earlier this month.

Also read: 'Give my regards to your puppet master': Elon Musk's veiled dig at Jeff Bezos over Washington Post piece