According to HSBC, "to avoid another rough summer, policy-makers in Asia will need to use this brief window (provided by Fed) to implement structural reforms to put Asian growth on a more sustainable path." 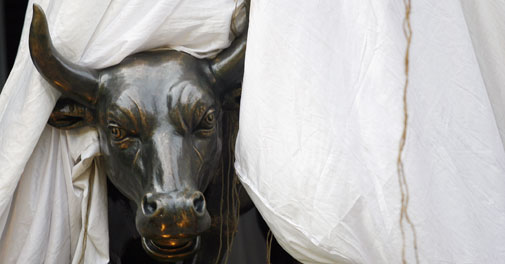 Federal Reserve is not tapering just yet and the equity markets are thrilled, but emerging market economies, including India, should use this brief window of respite to implement structural reforms, say experts.

The US Federal Reserve has decided to keep its stimulus programme intact and this in turn will lead to some respite for the battered emerging market economies, but it should also be borne in mind that tapering is inevitable in the medium term.

Meanwhile, the rupee on Thursday zoomed by 158 paise to trade at over one-month high of 61.80 against the dollar on hopes of increased capital inflows after the Fed decided to keep its stimulus programme intact.

"The window will not be open for long: the Fed still thinks it will be done with QE by mid-2014 and tapering has probably been postponed by only 3 months," HSBC Co-head of Asian Economics Research Frederic Neumann said.

According to HSBC, "to avoid another rough summer, policy-makers in Asia will need to use this brief window to implement structural reforms to put Asian growth on a more sustainable path. That would make for a true bull market."

According to Samir Tripathi, an economist with ICICI Bank, "this outcome will prolong the uncertainty till the next meeting in December. From emerging markets perspective, it buys them time to embark on the path of structural reforms and address domestic concerns."

The deferment of Fed tapering is a big relief for Asia's hard-pressed emerging markets.

Moreover, in the last couple of weeks, things have stabilised, and the Fed's decision to keep pumping money should provide a further lift, HSBC said, adding that "India and Indonesia, experiencing the greatest balance of payments pressures of late, should benefit nicely".

Meanwhile, the ICICI Bank research note further said the Fed's stance, does provide temporary respite in the immediate near term, however, it will lead to prolonged uncertainty till tapering actually happens.