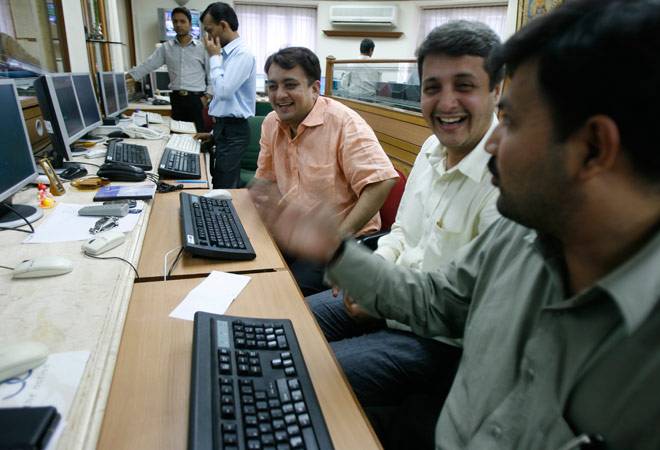 The domestic market witnessed a smart rally on Friday thanks to a couple of domestic and global cues. The S&P BSE Sensex jumped 364 points after to reclaim its crucial psychological level of 28,000, while the broader Nifty50 ended above its key 8,680-mark.

Below are five factors that may have pushed market higher in Friday's trade:

ALSO READ: PVR, Shoppers Stop among top 10 stocks that will get a GST boost

"It is a historic, transformational and a game changing move, now the whole world would like to participate in the Indian growth story. Feeling bullish," said Oswal, adding GST holds the potential to boost economic activity substantially, improve the government's revenue, and help achieve better transmission of prices.

The Bank of England's stimulus plan lifted British equities to one-year highs on Friday. Asian markets also edged higher. The BoE cut interest rates to next to nothing and unleashed billions of pounds of stimulus to cushion against the impact of Britain's vote to exit the European Union.

The government on Friday formally implemented its central inflation target of 4 per cent for the next five years, an important confirmation of the inflation-fighting policies championed by Reserve Bank of India (RBI) Governor Raghuram Rajan, who steps down next month.

State finance minister Arjun Ram Meghwal tabled a notification in Rajya Sabha that confirmed the target at 4 per cent, plus or minus 2 per cent, in line with the goal the government originally agreed with Rajan.

On the technical charts, the markets have been making higher tops. On Thursday, daily candles formed a hammer pattern indicating a bullish short term reversal might be on the anvil.

"Technically markets still remain in a overall uptrend, we would recommend a wait and watch approach at this point, in lieu of a spike in volatility we foresee forthwith," said Nikhil Kamath, Co-Founder & Director, Zerodha.

Global markets will focus on US non-farm payrolls data due later in the day. A Reuters poll predicts the world's largest economy added 180,000 jobs in July. Coming a week after surprisingly tepid US second-quarter growth numbers, the data will be scrutinised by markets eager to gauge the likely timing of the next US rate rise.