According to the global financial services major, the domestic growth outlook for the Indian economy remains challenged, which, coupled with tighter financial conditions, may lead to lower valuations. 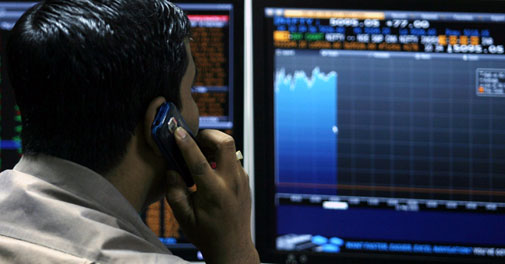 Notwithstanding a sharp rebound in equities, Goldman Sachs has said it stays "underweight" on Indian shares and has a Nifty 12 month target of 5,700 as the country's macro fundamentals are still "challenged".

In late July, Goldman Sachs had downgraded Indian equities to 'underweight' saying domestic growth outlook looked weak. "Since then, the overall micro outlook has not changed much", it said.

According to the global financial services major, the domestic growth outlook for the Indian economy remains challenged, which, coupled with tighter financial conditions, may lead to lower valuations.

"We expect earnings to grow 8 per cent in CY14 expected, 5 percentage points below consensus estimate of 13 per cent," Goldman Sachs said, adding that "we stay UW (underweight) on India with NIFTY 12month target at 5700".

After correcting 13 per cent from its July highs, the wide based National Stock Exchange benchmark index Nifty posted a 10 per cent snapback rally in less than a week following the new Reserve Bank of India (RBI) Governor Raghuram Rajan's announcements and is currently hovering around 5,800-level.

"Equities may extend their rally in the near term as markets worry less about the 'Fed tapering', but we would expect such a rally to fade and for markets to move lower in-line with the deteriorating fundamentals," it said.

The report further added that "our 12-month target for the NIFTY implies moderate downside, based on lower earnings and a cut in target multiple."

"We expect continued decline in investment demand (due to funding issues and higher interest rates) and weaker consumption demand (due to rising fuel prices and weak employment outlook)," the report said.

In the near term, Goldman Sachs economists believe inflation will rise (7 per cent forecast for FY14) and RBI will likely keep monetary policy tight.

"As tightening in financial conditions has historically tended to affect activity with a two-quarter lag, we believe the recent tightening and the impact on activity should be visible from Q4 2013 onward," it said.

The report further noted that "given India is months away from crucial assembly and Parliamentary elections, political uncertainties and concerns about policy paralysis are likely to linger."

Market watch: Mood is not bullish, but not negative either