Reacting to the news, American Depositary Receipts of Infosys slipped as much as 12.91 per cent on the New York Stock Exchange on Monday 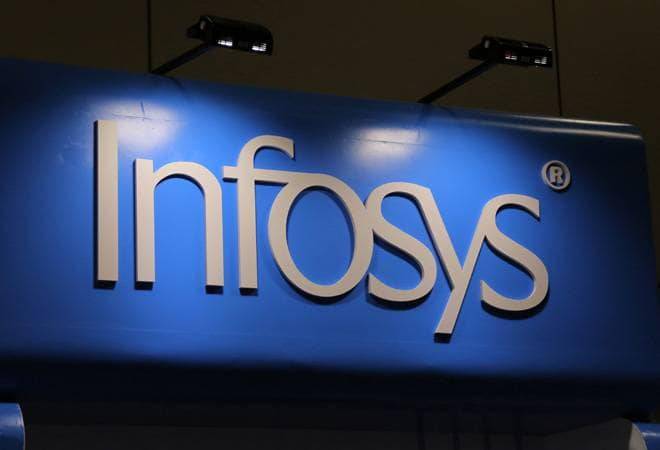 A day after scathing allegations of "unethical practices", Infosys Ltd stock will be keenly watched today. The stock markets in India remained closed due to Maharashtra Assembly elections 2019 on Monday. Infosys stock had closed 0.18 per cent down on Friday at 767.75, and in wake of the allegations of dressing up its books, brokerage firms have predicted the Infosys share could see a decline of nearly 10-15 per cent on Tuesday.

Infosys share price is likely to see a 10-15 per cent downside in the near term, Harit Shah, Research Analyst at Reliance Securities, said on Monday. "This equates to a corporate governance issue. Deputy CFO has also quit. This in itself is an indirect admission that something is rotten. Stock will now languish 10-15% lower in the near term," he said.

US-listed shares of Infosys have already plummeted nearly 16 per cent in premarket trading on Monday. Reacting to the news, American Depositary Receipts (ADRs) of Infosys slipped as much as 15.7 per cent to $8.91 in premarket trading on the New York Stock Exchange, Reuters reported. Continuing its pre-morning trends, Infosys ADR opened 15.5 per cent lower at $8.94 and was moving near to its 52-week low level of $8.85. At the time of reporting, Infosys ADR was quoting at $ 9.29, down 12.16 per cent. However, as of 12.22 am IST on Tuesday, the share plummeted 12.91 per cent.

In a complaint letter to the board of Infosys and the US Securities and Exchange Commission (SEC) on July 20, the anonymous employees' group, called 'Ethical Employees', claimed they were asked not to "fully recognise costs like visa costs" in last quarter to earn more profit. And when the auditor pointed it out, the issue was postponed by the company, they alleged.

The anonymous employees' group, which has accused Infosys CEO Salil Parekh and CFO Nilanjan Roy of indulging in unethical practices, said they had emails and voice recordings to back these claims. The group also enclosed the copies of the proofs to the US SEC, seeking "immediate investigation". "The voice recordings and emails show how CEO and CFO wanted this to be pushed bypassing auditors and threatened changes of auditors," says the letter.

Meanwhile, the company in a statement has said it's investigating the charges. "The whistleblower complaint has been placed before the Audit Committee as per the company's practice and will be dealt with in accordance with the company's whistleblowers' policy," said the Infosys statement.

Also read: Infosys share price may fall up to 15% amid allegations of unethical practices: Reliance Securities