Nifty back to 50 Stocks from September

In April last year, the benchmark index had included DVRs from Tata Motors taking the total number of stocks on the Nifty 50 index to 51. 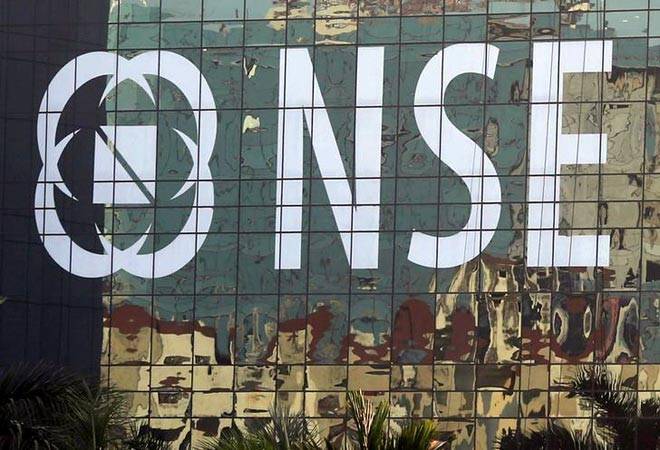 As a part of its periodic review, Nifty 50 - the benchmark index of the National Stock Exchange (NSE) will witness key changes in its composition from September 29. Three stocks including ACC, Bank of Baroda and Tata Power and shares of Tata Motors DVR will move out of the index. These entities will be replaced by three firms namely -- Bajaj Finance, Hindustan Petroleum Corporation and UPL Ltd. Besides, changes have been made in sectoral indices such as metal, IT, private bank, PSU bank, realty, commodities, infrastructure and services.

With the changes in its constituents, the index will revert to its 50 stocks status. In April last year, the benchmark index had included DVRs from Tata Motors taking the total number of stocks on the Nifty 50 index to 51.

Tracking things historically reveals that the index underwent a significant overhaul during the three year period between 1996 and 1998 wherein 17 stocks including the likes of Apollo Tyres, Ashok Leyland, Dr. Reddy's of the then Nifty 50 index were replaced by a new net of stocks such as Cipla, Asian Paints.  The index has been periodically revised but the churn has never been as noteworthy, as it was during 1996-1998. However, with the latest set of changes, the period between 2015 & 2017 will come closer to the second highest level of exits (15 companies exited) -- witnessed during 1999-2002. 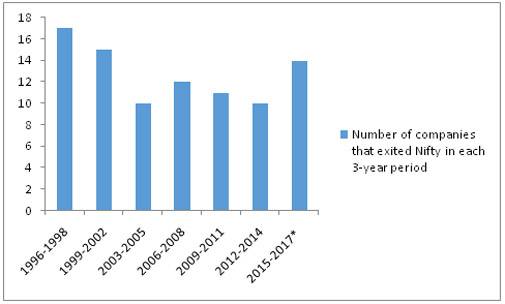 The above data excludes the case of ICICI Ltd. being replaced with ICICI Bank in 2002 * includes 4 exits effective September 2017

India Index Services and Products Ltd (IISL), an arm of the NSE has constituted an Index Policy Committee, which is involved in policy and guidelines for managing the NIFTY Indices. The Index Maintenance Sub-committee takes all decisions on addition/ deletion of companies in any Index. The index is reviewed every six months (on half-yearly basis) and a four weeks' notice is given to the market before making changes to the index set.

To align with the global industry best practices, last week, IISL announced revision in operational guidelines governing index maintenance and index reconstitution. The changes in guidelines governing index reconstitution would be applicable from September this year rebalancing, while revision on maintenance of indices comes into immediate effect. As per the new criteria for the selection of stocks in Nifty 50, the constituents will be from Nifty 100 index universe. Besides, the security will be required to trade at an average impact cost of 0.50 per cent or less during the last six months, for 90 per cent of the observations for portfolio of Rs 10 crore as against Rs 2 crore for selection. Moreover, companies will be included in Nifty 50 if free-float market capitalisation is 1.50 times the free-float market cap of the smallest constituent in respective index. So far, firms needed to have at least twice the free-float market cap of the current smallest index constituent. IISL has also modified the eligible universe for selection of stocks for thematic indices, strategy indices like Nifty Quality 30 as well as Nifty broad market indices including Nifty Free-float Midcap and Nifty Free-float Smallcap 100.

With up to 10,000% returns in 17 years, how paint stocks mirror Indian economy's growth story