While Modi euphoria felt before Narendra Modi taking the reins fizzled out in the first year itself, the sentiment on the Dalal Street took a severe knock in his second year in office. 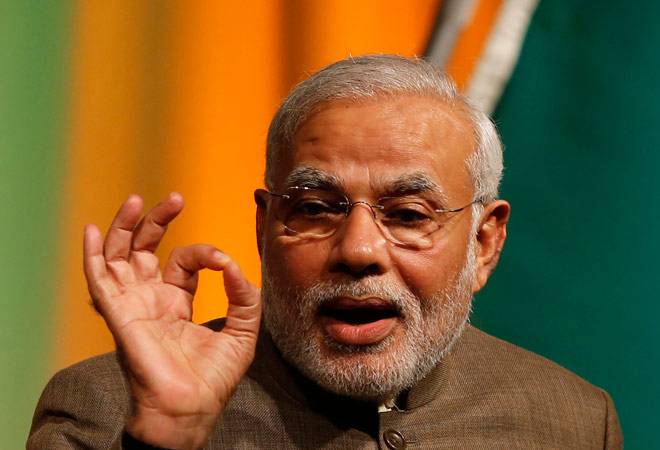 Data available for a total of 16 sectoral indices on NSE, only three has gained in Modi's second year. Photo: Reuters

If you had invested in the market in May 2014 thinking PM Narendra Modi's magic wand will turn the table for economy and your investment alike, chances are high you might have incurred losses by today.

While Modi euphoria felt before Narendra Modi taking the reins fizzled out in the first year itself, the sentiment on the Dalal Street took a severe knock in his second year in office. Blame it on global cues, slower pace of reforms or no material improvement in earnings, or may be on sheer luck, if we go by how the benchmark indices ruled in Modi's second year, the performance was anything but satisfactory.

For Nifty50, it was nothing sort of a dream rally when Modi was declared as BJP's prime-minister candidature on September 13, 2013. The 50-stock index had run-up 25.78 per cent all through the assembly election outcome.

The index continued to rally in Modi's first year in office but at a slow pace of 13 per cent, even as FIIs pumped in a whopping Rs 94,000-odd crore into equities for the year.

Click here to Enlarge
But the PM's second year in office was not good for equities. Foreign outflows from domestic equities stood at whopping Rs 10,603 crore in the past one year. The NSE benchmark has fallen 7 per cent during the year. Data available for a total of 16 sectoral indices on NSE, only three has gained in Modi's second year.

Dharmesh Kant, Head - Retail Research, Motilal Oswal Securities believes Nifty underperformance can be attributed mainly to global scenario and to an extent slow pace of reforms, particularly those which can throw up instant results, like GST.

"Fall in commodity prices beyond a point hurts the entire system be it commodity producers, consumers or financial system supporting commodity companies. It is a backward spiral effect which can knocks the market down," added Kant.

NSE sectoral indices infrastructure, metals, realty and banks, which offered stratospheric returns in the run-up to election results, went down in the dumps as BJP's second year concludes.

Meanwhile, Nifty IT, FMCG, Consumption and Media indices still fared better than those of capex-related sectors. Nifty Media, in fact, stood out and rallied over 18 per cent during the same period.

However, Ankur Varman of SBICAP Securities said capital expenditure (capex) is reviving and infra, capital goods and defence will be among the few sectors seeing good recovery from hereon.

"IT and FMCG are sectors that generate cash and hence people find surety and safety of earnings there. Pharma also received good interest till regulatory hurdles bumped it. If this quarter results are anything to go by, then once again infra and capital goods will take the lead and IT and FMCG will go on the back burner," said Varman.

Kant of MOSL believes PM Modi-led government has done a remarkable job, which will reflect itself as we enter fiscal year 2018.

"Reform process so far implemented by government are structural in nature which takes time to play out and are not quick fixes, be it fuel pricing, banking, taxation, power or coal & mine auction reforms etc. Fiscal year 2017 and 2018 should witness actual benefits of such initiatives  into P&L of corporate India," added Kant.

Banks and tech drive Wall Street up over 1 per cent