Expecting the business cycle to pick up in the coming two quarters, Nomura noted that a number of factors such as policy efforts from both the RBI and government support the projections for higher growth. 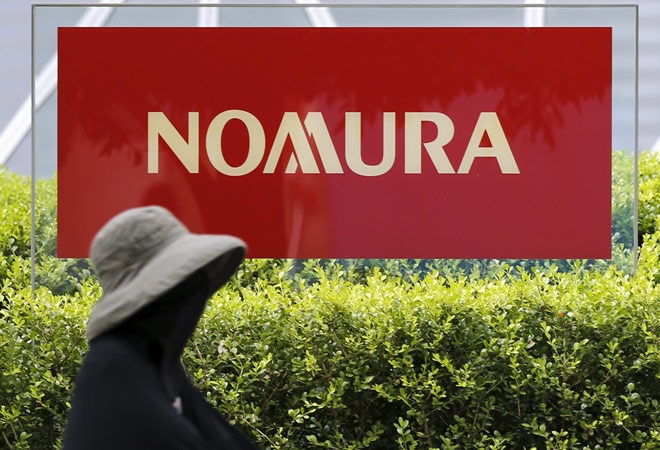 Maintaining a bullish stance on the Indian economy, Japanese brokerage Nomura on Thursday projected an 8 per cent GDP growth for the current fiscal year while retaining its Sensex target at 33,500 by December.

"We are of the view that India is in the initial stages of business cycle recovery," Nomura India Chief Economist Sonal Varma told reporters.

Expecting the business cycle to pick up in the coming two quarters, Varma noted that a number of factors such as policy efforts from both the RBI and government support the projections for higher growth.

Falling cost of capital, cyclical and structural improvement in growth, a positive terms-of-trade shock are some of the reasons identified for positive outlook towards the capital markets, she added.

Varma also observed that FDI investments have picked up in the last one year and that almost 90 per cent of the current account deficit (CAD) was funded by these inflows.

Almost the entire $28 billion of CAD last fiscal was funded through FDI flows and the flows have been broad-based."

The pipeline of flows looks strong for the near-term.

Based on first two months of FY16 the net FDI flow look to be tracking almost $36 billion, she added.

Nomura Managing Director and Head of Equities Prabhat Awasthi said foreign investors continue to be bullish on the stock market, which is evident from the significant rise in participation from domestic investors.

"When the foreign investors were selling the domestic investors were still buying stock which is a positive development. This time around its the local investors who have been buying on a sustained basis," Awasthi said.

Varma noted that "RBI is done with the rate cutting cycle for now primarily because the target going forward is to get inflation down to 4 per cent in a period where the growth will gradually be picking up and in an environment where inflation expectations are still high."

She said India can expect inflation to essentially stabilise at 5-5.5 per cent in the next 12-18 months.

How CSF played a LIC in China's stock mkt recovery