The Indian benchmark indices opened higher with the BSE Sensex surging over 280 points. By midday, the market pared gains to trade lower and then plunged into the red nearing its close. 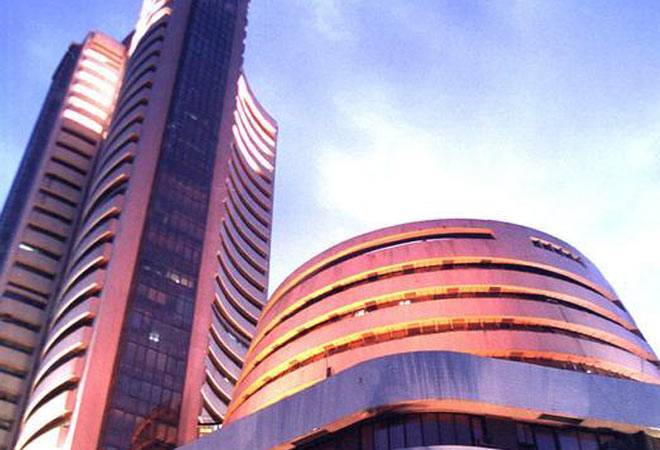 The benchmark indices slipped in afternoon trade after touching highs.

Stocks of Adani Enterprises surged over 30 per cent in intraday trade, hitting a 52-week high on the account of volumes being traded on the bourses. The stock saw a long build up during the day and was trading with volumes of 7,014,165 shares.

Dragging the market down was Tata Steel and Coal India shed over 2 per cent on the BSE.

In related news, Liquor baron Vijay Mallya has been arrested in London.

He is currently being held by UK police and will be produced in Metropolitan court today.

The Indian benchmark indices reversed its gains to trade in the red with the Sensex falling over 100 points and the Nifty trading below 9,150-level.

Tata Steel and Coal India were the top losers shedding over 2 per cent in trade.

On the NSE, Ambuja Cemets took a beating, dragging the bourse lower.

80 per cent of the Nifty stocks are trading in the green led by RIL, Adani Ports and Hindalco.

Major laggards on the NSE are COAL India and Bharti Airtel.

Shares of Delta Corp, Indian real estate, gaming and hospitality corporation that owns and operates casinos and hotels under several brands, has climbed 5.40 per cent on the BSE with a positive bias.

Adani Enterprises was up 16.82 per cent while Adani Transport was trading over 5 per cent and Adani Ports was up 3 per cent.

TCS was trading flat, up 0.12 per cent as investors awaited its Q4 results after the shareholders approved buyback plan yesterday.

The board of directors passed the buyback programme through a special resolution saw 99.81 per cent of the total number of valid votes being cast in favour of the proposal, the company said in a regulatory filing.

The proposed shares under the buyback represent 2.85 per cent of the total paid up equity share capital at Rs 2,850 per equity share.

India's IT companies are looking at returning cash to their investors amid uncertainity which is hindering their growth prospects.

Punjab National Bank gained over 1 per cent and Bank of Baroda was up 0.71 per cent after reports that these public banks may take over smaller lenders in a move to raise fresh capital, and changes in the hiring policy, including increased lateral entry.

Among other buzzing stocks were Bank of Inida was up 4.96 per cent and  CL educate was up 1.90 per cent.

Shares of ITC were trading at 1.34 per cent on the BSE.

Indian domestic markets are likely to open on a flat note on Tuesday following Nifty futures on the Singapore Stock Exchange and mixed global cues.

Investors are on the lookout for Tata Consultancy Services after its shareholders on Monday approved the company's Rs 16,000-crore share buyback plan, the company said in a regulatory filing on BSE on Monday.

The IT major will announce its financial results for the quarter ended March 31, 2017 later in the day.

Among the other companies that will announce their Q4 results are: VST Industries, Muthoot Capital Services and Hindustan Oil Exploration.

Hong Kong's Hang Seng Index was trading at 0.86 per cent lower and Shanghai Composite Index was down 0.11 per cent in morning trade. However, Nikkei was trading higher by 0.34 per cent.