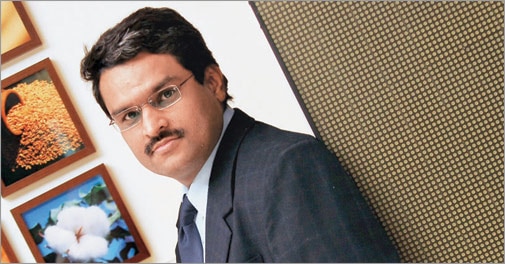 National Spot Exchange (NSEL) promoter Jignesh Shah has said the commodity bourse, which is engulfed in Rs 5,600 crore payment crisis, is doing everything to recover money from 23 borrowers and settle investors' accounts.

NSEL, part of Shah-led Financial Technologies, was set up to provide a nationwide electronic platform for spot trading in various commodities. It is being probed by various agencies for suspected violations of regulations in the commodities markets and tax laws after NSEL defaulted on payments totalling more than Rs 5,500 crore.

"We are committed to recover money... We are not sitting quiet... We will do everything to recover money. The whole focus should be on 23 borrowers because money trail is up to them. As a promoter, we are not at all a beneficiary, as campaign is going on," Shah said after meeting Economic Affairs Secretary Arvind Mayaram.

Mayaram later told reporters that "if there is breach of law then guilty will be punished".

Shah said: "We have started investigation... Strictest possible action will be taken... Nobody will be spared. We will be more vigil". He also said new directors would be inducted on the NSEL Board.

He further said that it was time to focus on recovering money rather than running down the enterprise.

"Lot of personal allegations have been made but I just want to say that I have built my enterprise in 25 years; nobody will do anything wrong to finish that brand," Shah said.

On whether he would step down from MCX, Shah said: "If I will be asked to step down, then let it be handled at that time. Right now, our sole focus is investors".

"We informed the government how we have been cheated. Mayaram very patiently heard us. He said he is going through the report and then he will take strict action. We believe on government," Forum's Secretary Arun Kumar Dalmia told reporters after the meeting.

According to him, the Secretary "also realises" that fraud has taken place.

The Enforcement Directorate (ED) in its report submitted to the Finance Ministry last week has indicated that the crisis-ridden bourse may have violated money laundering laws and a few foreign exchange procedures.

A panel of secretaries, headed by Mayaram, is likely to meet on September 18 to review developments at the payment crisis-hit exchange.

Sensex ends 62 points higher on buying in IT stocks