They have also sought to allay concerns emanating from a large chunk of end-beneficial owners of P-Notes being located in Cayman Islands, which accounts for over 41 per cent of all such entities. 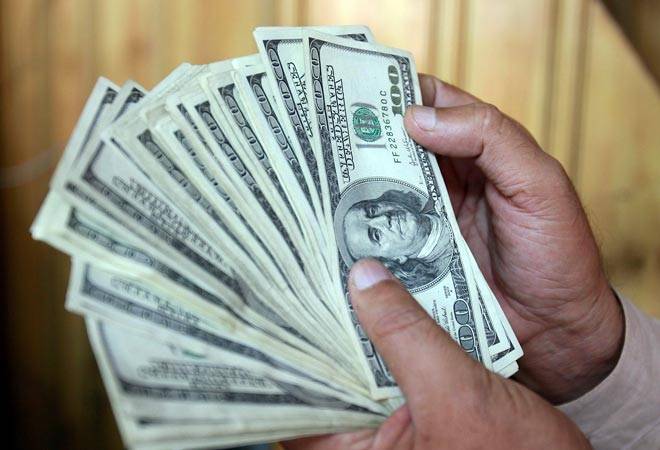 As Sebi readies to tighten its rules for controversy-ridden P-Notes, major foreign investors including JPMorgan, HSBC, UBS and Goldman Sachs have supported the proposed provisions for immediate reporting of any breach to the regulator and filing of suspicious transaction reports.

However, these investors have opined that introduction of any further control measures is unlikely to be "resource effective" as the regulatory requirements in India are already more stringent than other jurisdictions globally for Offshore Derivative Instruments (ODIs) commonly known as Participatory Notes or P-Notes.

They have also sought to allay concerns emanating from a large chunk of end-beneficial owners of P-Notes being located in Cayman Islands, which accounts for over 41 per cent of all such entities.

In a representation before the capital markets regulator, these investors said the fund managers invest money on behalf of many investors and that needs an entity to pool such investments.

As many funds have hundreds - at times thousands - investors from multiple countries, it is not possible for a fund manager to open separate securities and banking accounts for each investor across different markets and Cayman Islands happens to be "one of the eligible jurisdictions with regard to investments as FPIs as well as subscription of ODIs".

They also said the establishment of funds in Cayman Islands is independent of their decision to invest in India as these funds invest globally and India is "often just one part of their portfolio".

As part of an analysis conducted by Sebi, which would consider a tighter set of norms for P-Notes next week, Cayman Islands is followed by Mauritius (11.09 per cent) as the second-biggest location for end-beneficial owners of ODIs.

Other major locations include the UK and the US with over 10 per cent share each.

Typically, P-Notes are instruments issued by registered foreign institutional investors to overseas investors who wish to invest in the domestic stock markets without registering themselves directly in India, but still need to go through a proper due diligence process.

P-Notes now make up for about 10 per cent of the total FII inflows as against over 50 per cent at the peak of stock market bull run in 2007. Rules have been tightened several times in recent years to check any misuse of this route, but P-Notes have still continued to court controversies.

The total outstanding investment through ODIs stood at over Rs 2.2 lakh crore at the end of March 2016.

As of March 31, 2016, as many as 37 foreign portfolio investors (FPIs) reported outstanding ODIs, out of which the top 10 accounted for 73 per cent share. The biggest FPIs in this regard included arms of Morgan Stanley, Copthall Mauritius Investments, Goldman Sachs, Credit Suisse, HSBC, Merrill Lynch, Citigroup, Swiss Financial Corp and JPMorgan.

Out of a total of 2,448 entities that are subscribing to ODIs, over 60 per cent are interestingly mutual funds.

New Delhi, May 15 (PTI) Amid concerns over companies refusing to share extra profit with investors, regulator Sebi has readied a new regulation mandating listed firms to put in place a 'dividend distribution policy'.

The new regulatory framework will be applicable to the top 500 listed companies based on their market valuation initially and would be later expanded to others.

A proposal in this regard would be presented before the Sebi's board next month, after which necessary amendments can be made to the Listing Obligations and Disclosure Requirements (LODR) Regulations, a senior official said.

The move is aimed at helping investors get a clearer picture on returns from the investments made by them in listed companies and such a policy would help investors identify stocks that match with their investment objectives.

Through this proposal, which is part of Sebi's Plan of Action for the current financial year, the capital market watchdog would seek to strike a balance between investor interest and not being prescriptive in terms of regulations for dividend payment.

While dividend payment has been in vogue for many decades, having a clearly-defined policy in this regard would help investors identify and understand the potential of returns on investments made in a company.

The policy would require listed firms to state circumstances under which investors can or cannot expect dividend payouts.

At the same time, Sebi would steer clear of any directive being given to companies to pay any particular dividend amount as it wants to focus on disclosures rather than being intrusive into financial decisions of the companies.

The proposal follows complaints from various investor groups that the companies were not distributing their extra profits among the shareholders.

Sebi is of the view that the companies should analyse if they have reinvestment opportunities where they can plough back their profits into their business, or whether they need to distribute dividend among investors.

Some of the countries such as Brazil, Chile, Venezuela, Columbia and Greece are said to have made it mandatory to pay dividend to shareholders depending on the size of profits. On the one hand, mandatory dividend payout protects the cash flow rights of the minority shareholders, but at the same time they can also distort investment plans of the companies.

The current regulations in India requires the companies to disclose their dividend policy as also the rate of dividend, if any, for the past five financial years.

However, it is not mandatory as of now to have a dividend policy although some listed companies have formulated such policies on their own.

The proposed policy would need to be disclosed by the companies on their websites and in their annual reports.

The companies would need to state the circumstances under which investors can or cannot expect the dividend, financial parameters to be considered for a dividend, the internal and external factors to be taken into account as also a policy as to how the retained earnings would be utilised.

Gold firms up on global cues, silver vaults above Rs 41,000