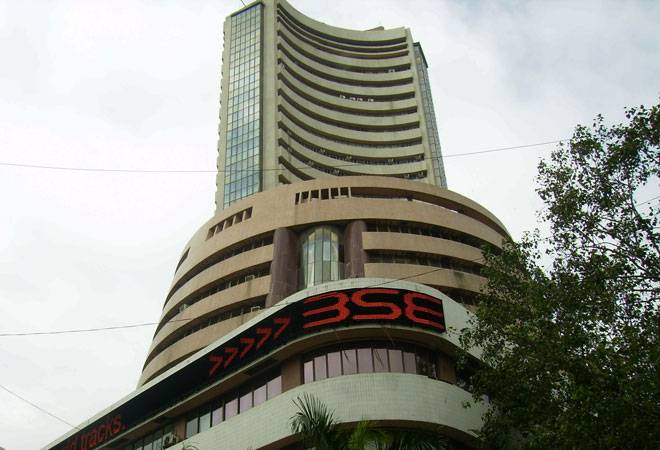 Punjab National Bank (PNB) plunged 9.81 per cent after the state-owned lender said it has detected fraudulent transactions worth USD 1.77 billion (about Rs 11,335 crore).

In a bid to hasten the resolution of bad loans, the RBI has tightened rules to make banks identify and tackle any non-payment of loans rapidly.

The Reserve Bank of India abolished half a dozen existing loan-restructuring mechanisms and instead provided for a strict 180-day timeline for banks to agree on a resolution plan in case of a default or else refer the account for bankruptcy.

Data released after market hours on Monday showed that industrial output expanded by 7.1 per cent in December on robust performance by manufacturing and capital goods sectors.

Retail inflation, on the other hand, eased marginally in January to 5.07 per cent -- after touching a 17-month high of 5.21 per cent in December -- as food prices cooled.

"Strong IIP growth and slowing retail inflation is providing some signs of stabilisation in economy. However, the broad market witnessed some volatility due to under- performance in financials.

"The PSU banks witnessed sell-off as RBI scrapped a number of loan-restructuring schemes which may lead to further jump in provisions, impacting profitability of these banks," said Vinod Nair, Head of Research, Geojit Financial Services.

The BSE mid-cap index edged higher by 0.17 per cent, while small-caps gained 0.16 per cent.

Japan's Nikkei fell by 0.43 per cent and Singapore shed 0.36 per cent, while Hong Kong's Hang Seng rose 2.27 per cent and Shanghai Composite Index gained 0.45 per cent.