Analysts said investor sentiment was bullish ahead of the Reserve Bank of India's monetary policy meeting outcome, scheduled for Thursday. 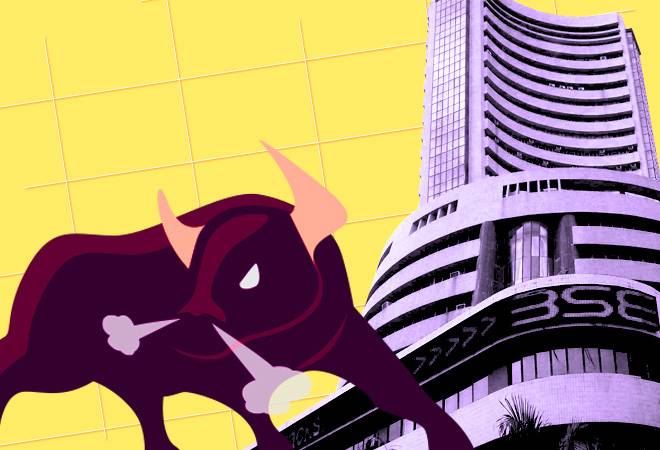 The Sensex and Nifty closed higher for the fifth straight session today on across-the-board buying amid expectations of a shift in RBI's policy stance. The BSE Sensex vaulted 358.42 points, or 0.98 per cent, to close at 36,975.23, while the broader NSE Nifty gained 128.10 points, or 1.17 per cent, to 11,062.45. Both the indices closed at five-month highs, led by financial services, IT and metal stocks, amid persistent foreign fund inflows.

Analysts said investor sentiment was bullish ahead of the Reserve Bank of India's monetary policy meeting outcome, scheduled for Thursday.

The RBI's Monetary Policy Committee (MPC) began its three-day meet on Tuesday to decide on key rates amid expectations that it may change its policy stance to 'neutral' from 'calibrated tightening' on low inflation footprint, even as a rate cut was ruled out by many experts.

Mustafa Nadeem, CEO at Epic Research said, "A decisive breakout is seen on the charts on Nifty along with buying across the sectors. Auto, Media, IT, PSU along with Midcap and small cap have added gains as much as 1% - 4%. This is an indication of improved breadth which was much needed for bulls to clear this hurdle."

Market breadth was negative with 1,008 stocks closing higher compared to 1,563 ending lower on the BSE.

Shares of Cipla closed 5.3 percent higher after posting December-quarter results, while Tech Mahindra, which led gains in IT stocks after a strong quarterly performance, ended up 8 percent.

Only two of the 30 Sensex stocks ended in the red -- IndusInd Bank and Axis Bank, which slipped up to 0.54 per cent.

Broader indices, however, ended on a mixed note. The BSE Large Cap index rallied 1.13 per cent, mid-caps slipped 0.12 per cent and the small cap gauge inched up 0.05 per cent.

Sectorally, metal, IT, energy and auto led the rally, jumping up to 2.44 per cent.

The rupee, meanwhile, depreciated 5 paise against the US dollar to 71.62 intra-day.

The benchmark Brent crude futures fell 0.76 per cent to USD 61.51 per barrel.