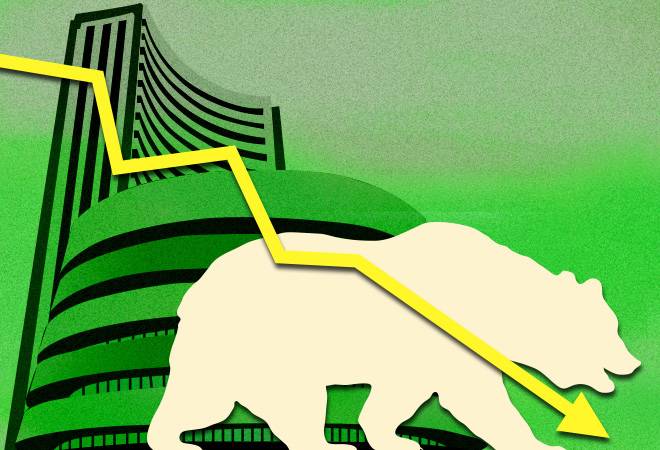 Indian benchmark indices, Sensex and Nifty, ended the week on a bearish note, falling over 3 per cent amid a global market sell-off on the back of US political developments coupled with fears of bad loans and profit booking on the domestic front. In the last five trading sessions, investors lost nearly Rs 5 lakh crore in market wealth as selling continued in the equity market due to persistent concerns over an economic slowdown and weak macro data that dented trader's sentiments.

Equities have been on under stress since last Friday, with the S&P BSE Sensex declining as much as 1,316 points, or 3.37 per cent, and the NSE Nifty50 dropping 396.45 points, or 3.42 per cent, even after Finance Minister Nirmala Sitharaman announced cut in corporate tax rates to 25 per cent from 35 per cent, earlier.

"This week market witnessed profit booking post huge rally of nearly 8 per cent on account of the corporate tax cut. The cut in repo rate by RBI didn't inspire confidence to investors given sharp downgrade in GDP growth forecast. FIIs continue to be on risk-off mode on account of global slowdown and trade issues, said Vinod Nair, Head of Research, Geojit Financial Services.

Initially, the consolidation started as minor profit booking, which extended due to contraction in core sector growth and sharp fall in GST collections to a 19-month low. Investors were concerned given large fiscal measures and falling tax revenues, the government fiscal target of 3.3 per cent is at risk. Continued weakness in auto sales was another setback for the market. The consolidation was broad-based but banking stocks were particularly under severe pressure due to fresh stress in the system impacting the sentiment.

Continuing its losing streak for the third straight session, Sensex and Nifty closed lower in today's trade, weighed down by cut in GDP forecast by the Reserve Bank of India for FY20 along with selling in financials indices despite the rate cut. While Sensex ended 362 points, or 0.94 per cent, lower at 38,305, the Nifty lost 114 points, or 1 per cent, to 11,359.

"Despite RBIs and government's synchronized effort to offset a slowdown in the economy, investors have taken a pessimistic view due to continued downward revision in GDP estimate and new stress in the banking system. The government's measures do have the potential to enhance consumption and spur investment but lag in transmission of cumulative rate cuts is adding a layer of complexity in the recovery," said Vinod Nair.

For the week ahead, the European Central Bank (ECB) meet and Federal Open Market Committee (FOMC) minutes are key events to watch out for.

Markets may witness range-bound trade; to be guided by TCS, Infosys