The benchmark indices ended lower in a volatile week after showing signs of recovery in the second half amid global markets recovering from the effects of higher US bond yields. 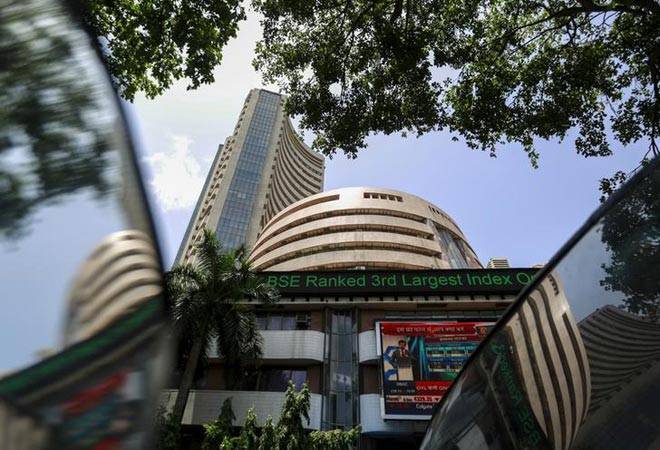 The Sensex and Nifty are likely to focus on global cues and the unfolding bank fraud saga for the week starting tomorrow. Markets are likely to see volatile trade due to the expiry of futures and options contracts on Thursday.

The benchmark indices ended lower in a volatile week after showing signs of recovery in the second half amid global markets recovering from the effects of higher US bond yields.

Anand James, chief market strategist at Geojit expects a lesser volatile week ahead. F&O expiry will be in focus as it will be interesting to see how many will be inclined to roll over, given the fiscal end as well as March being a long expiry month.

"The market has corrected by 5% from the recent all time high and we can assume that a large portion of this consolidation is finding a floor in the short-term. But investors are cautious given widening of trade deficit, rise in bond yields and global volatility," Vinod Nair, head of research at Geojit Financial Services, said.

The PNB fraud also  dampened sentiment since February 14 when it came into light. Bank stocks were the most hit, especially of SBI, PNB, Union Bank, Allahabad Bank and Axis Bank, which have direct exposure to the fraud.

Shares of Gitanjali Gems , firm owned by Nirav Modi's uncle Mehul Choksi tanked another 20% after the detection of Punjab National Bank's Rs 11,400-crore fraud. Gitanjali Gems is one of the companies charged by investigating agencies for colluding with Nirav Modi in carrying out the fraud.

Sentiment also turned weak after the country's trade gap soared to $16.3 billion in January on account of a 26.1 per cent increase in imports to $40.68 billion due to increased inbound shipments of crude oil, as per data released by the commerce ministry.

India's exports grew by 9 per cent to $24.38 billion in January, helped by a healthy growth in shipments of chemicals, engineering goods and petroleum products.

Besides domestic developments, the movement of funds and crude oil prices are expected to dictate the market sentiment this week.

Market commentator Ambareesh Baliga in a piece on Reuters said:

The coming week is expected to be volatile due to expiry of derivatives contracts on Thursday. With the results season almost out of the way, investor focus will be on global cues and the unfolding bank fraud saga.

The last few weeks of correction in Indian markets has resulted in massive losses, especially for retail investors who were chasing momentum in mid and small-caps.

There seems to be a pattern of distribution where frontline indices are holding steady within a band while the mid and small-caps continue to correct heavily. However, this should provide a good opportunity for an entry in the near future.