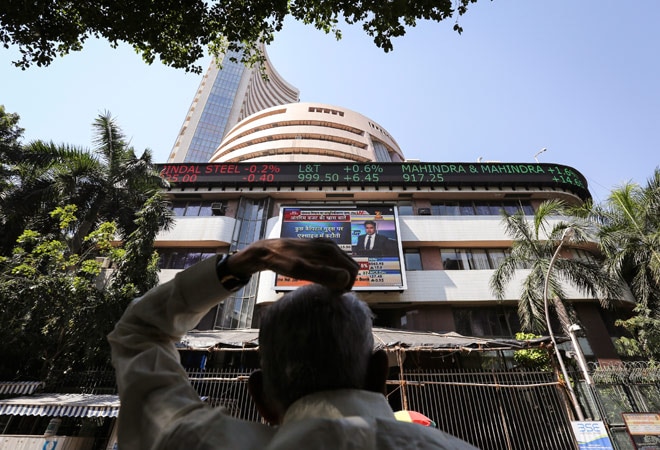 The BSE Sensex fell for the second straight day on Friday, slipping by another 258.53 points to end at nearly two-week low of 28,112.31, on muted earning figures reported by companies so far and weak global cues.

Brokers said weakness in the rupee, which fell 23 paise against dollar intra-day, too, hit sentiments. Worries over the fate of key reforms bills including Goods and Services Tax, with Parliament's proceedings in the first week of the Monsoon Session completely washed out, also affected the day's trade they said.

All BSE sectoral indices, except consumer durables and FMCG, ending in negative zone. The BSE capital goods index suffered the most, falling 1.57 per cent, followed by realty index (1.32 per cent).

ICICI Bank suffered the most among Sensex stocks by falling 3.96 per cent to Rs 300.50 ahead of earnings, followed by Wipro (down 3.73 per cent to Rs 566.45) as the company's June quarter earnings failed to impress investors.

Broader markets also depicted a weak trend with the BSE mid-cap index falling 0.61 per cent and small-cap by 0.58 per cent.

Meanwhile, foreign investors bought shares worth Rs 185.42 crore on Thursday according to provisional data with the stock exchanges.

Sebi-FMC merger process to be complete by Sept: UK Sinha