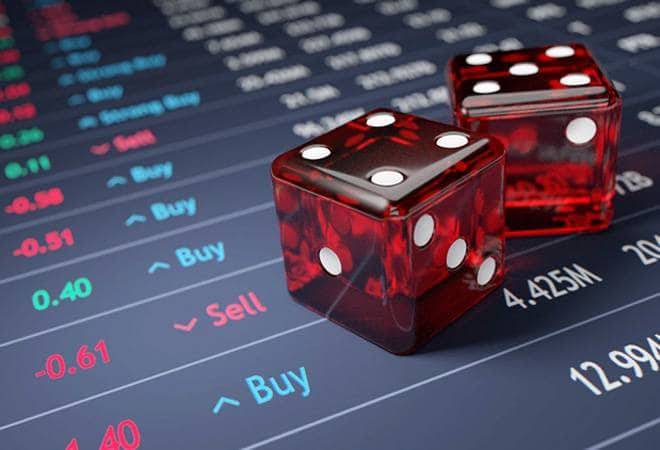 Indian markets hit all-time highs last week after results of Lok Sabha polls indicated PM Narendra Modi-led NDA government looked set to return to power with a thumping majority. Investors are elated over the Modi rally which made them richer by Rs 6.32 lakh crore in the last six sessions before announcement of Lok Sabha election results on May 23.

The mood is buoyant across the market with prospects of a stable government led by PM Narendra Modi ensuring continuity of economic reforms.

On Thursday, Sensex crossed 40,000 mark for the first time ever with index hitting an intra day high of 40,124 level after PM Narendra Modi-led NDA government looked set to return to power with a thumping majority.  On May 23, PE ratio of Sensex stood at 28.35 .

Generally, one should be cautious while investing in stocks when market's PE valuations are above 22.  When they rise above 28, markets are said to be in an overbought and risky zone. 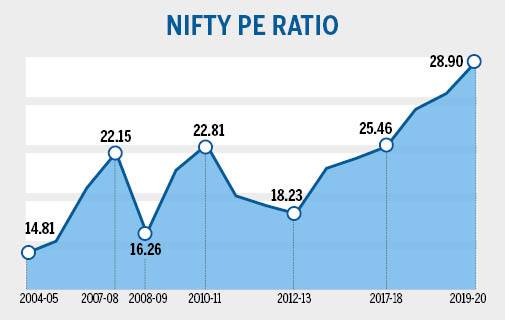 Abhijeet Bajpai, Co-founder & CEO at Avighna Trades said, "It's a big win for BJP and the markets are relieved that the economic policies will not divert in any contradictory manner because of new government. NDA's win was largely factored in by the markets and the actual result in general is not a big surprise. Now the results are out it may not largely affect the markets as a whole. Investors and traders must wait for correction to enter in the market as going forward. Sensex and Nifty may need to consolidate at lower levels. In general, the market is expected to follow global market sentiments for next couple of days. Nifty and Sensex may correct about 5% in next few days. Investors must focus on quality midcaps in infra, financial and banking sectors during any correction in the markets."

Nifty hit the PE multiple of 29.48, a 19-year high level on May 20 this year. Historically, high PE levels above 28 have led to correction in markets. High PE ratio occurs when an index rises at a faster pace than earnings which does not reflect the true picture of the market.

Nifty traded around the 12,000 mark on Thursday which left its trailing price to earnings multiples hovering at 29.02, an unproportionately high value which indicates Indian markets are in an overbought territory.

VK Vijayakumar, chief investment strategist at Geojit said, "At present levels of Sensex and Nifty, valuations are indeed high; in fact higher than in 2007. But the big difference is that this year (FY 2020) earnings will rise by 20 percent, of which half will come from corporate banks. So going by FY 20 earnings, PE ratio is not in bubble territory, but certainly expensive.

Beyond Sensex level of 40,000, valuations will be hard to justify. Correction can set in. It is possible that all the good news will be in the price by May 23."