November factory growth fastest since late 2016 currency shock. November's Nikkei/IHS Markit Manufacturing Purchasing Managers' Index rose to 52.6 from 50.3 in October. A Reuters poll which had predicted a more modest rise to 51.0, anything above 50 indicates growth. The reading was the strongest in 13 month.

The Sensex and Nifty extended losses on Friday after recovering mildly in early trade on GDP data in Q2. During the last two hours of trade, the market saw across the board selling amid negative sentiment. While the Sensex closed at 32,832, down 316 points, the Nifty fell 104.75 points to 10,121 level. Here are the key highlights, which affected the market today.

3:40 PM: Market breadth was negative with 1654 stocks closing lower against 1032  stocks ending higher on the BSE.

2:45 pm: New home sales in the country's top eight property markets increased 5% on year in the quarter ended September, powered by a 24% surge in affordable housing uptake in a boost to the government's 'Housing for All by 2022' scheme, latest data show. Home sales in key markets including Mumbai, National Capital Region, Bangalore, Pune, Chennai and Hyderabad totalled 64,781 units during the quarter. This is marginally lower than 64,881 units sold in the previous quarter; Growth in mortgages in the banking sector slipped to 11.4% yoy in October from 12.8% in September, data released by the Reserve Bank of India (RBI) showed. 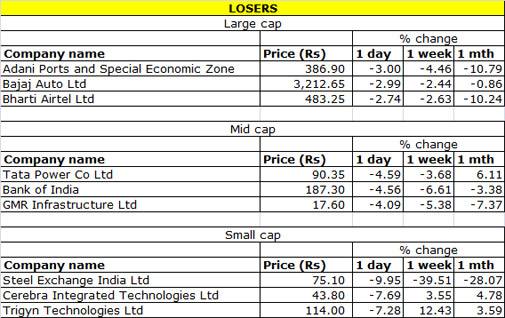 2: 30 pm: Growth in mortgages in the banking sector slipped to 11.4% yoy in October from 12.8% in September, data released by the Reserve Bank of India (RBI) showed. The total outstanding on mortgages in the banking system stood at Rs 9.03 lakh crore as on October 27 this year. Retail loans as a category grew 16% y-o-y in October, a shade slower than 17% in October 2016. In September, outstanding on credit cards grew the most, at 37.7%, among all categories of loans to individuals. 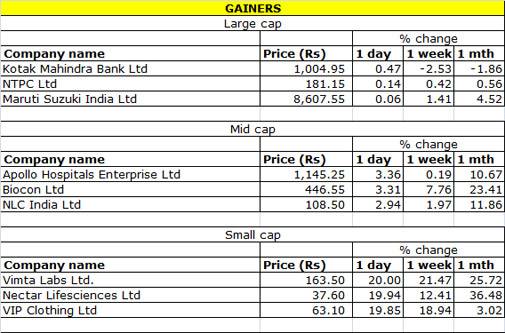 2:15 pm: Coal India Limited (CIL) is considering the option of increasing its coal prices across all grades to offset the impact of a hefty wage increase agreement signed with trade unions and the imminent hike in salaries of executives. CIL increased prices by an average of 10% across all grades in May 2017.

1:30 pm: Borrowing by India Inc from foreign sources jumped more than two times from a year ago to $4.4 billion in October this year as compared to $1.77 billion in the corresponding period last year, data from Reserve Bank showed.

1:15 pm: Indian banks' exposure to risks has risen and is now second only to those in China in the Asia-Pacific (APAC) region due to large loans given to businesses having poor repayment capacity, ratings agency Moody's Investors Services has said.

12: 55 pm: The Overseas Private Investment Corporation (OPIC), a financial institution of the US government, has readied $1 billion in the pipeline for investments in infrastructure and lending projects in India.

10: 40 am: November factory growth fastest since late 2016 currency shock. November's Nikkei/IHS Markit Manufacturing Purchasing Managers' Index rose to 52.6 from 50.3 in October. A Reuters poll which had predicted a more modest rise to 51.0, anything above 50 indicates growth. The reading was the strongest in 13 month.

9:35 am: Market breadth is positive with 1491 stocks rising against 346 falling on the BSE. 67 stocks are unchanged.
9: 32 am: Forex markets are closed today on account of Id-e-Milad.
9:19 am: Nifty realty index jumps over 1 percent.
9:15 am: Asian shares pushed higher on Friday, cheered by Wall Street gains after apparent progress on US tax legislation as investors waited for the Senate's vote, while higher US Treasury yields underpinned the dollar. Japan's Nikkei stock index was up 0.8 percent in early trade, on track to gain 1.6 percent for the week. MSCI's broadest index of Asia-Pacific shares outside Japan was up 0.1 percent. For the week, it was 2.6 percent lower. This morning Asian markets were mixed - while markets in China, Hong Kong and Singapore gained up to 0.5%, other markets opened with marginal losses.
9:10 am: In Europe, markets closed under pressure as sentiment was weighted by rally in pound and investors were watching out for the outcome of OPEC meeting. OPEC members agreed to extend oil output cuts until the end of next year.  In US, Dow closed at fresh high, above 24000, as chance of the Senate passing the tax bill increased. Technology stocks rebounded.
TweetYoutube
Tags: Sensex | Nifty | GDP data | Tata Motors | ONGC | Kotak Mahindra Bank | Adani Transmission | KPIT Technologies | Sobha | BSE | Tata Steel | Bharti Airtel