Benchmark indices Sensex and Nifty closed at their day's high and ended the week with 1.61 per cent gains today. Strong domestic cues with the NDA winning the 17th Lok Sabha elections at two thirds majority has held the market on positive territory against weak global cues. 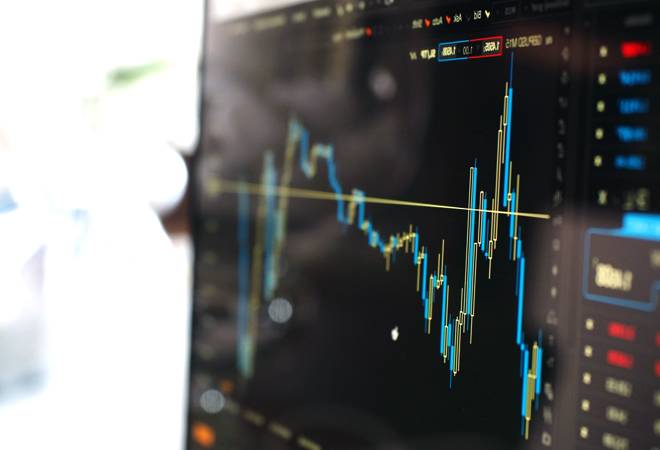 Share Market Update: Benchmark indices Sensex and Nifty closed at their day's high and ended the week with 1.61 per cent gains today.

Strong domestic cues with the NDA winning the 17th Lok Sabha elections at two thirds majority has held the market on positive territory against weak global cues. All the sectors closed in the green today. PSU Bank closed at 5.6 per cent gain , followed by 4.4 per cent gain in Realty and 3 per cent gain on Infra and Auto stocks.

On Thursday, BJP led NDA won majority of seats for the Lok Sabha Elections, which gave a positive cue for the investor's sentiments. Benchmark indices, hit their highest ever levels Thursday after lok sabha results predicted early strong possibility of Modi coming back to power. Nifty hit 12,000 mark for first time while Sensex surged over 1,000 points to 40,124 at day's high.

European stocks rose with U.S. equity futures at the end of a bruising week in which escalating trade tensions weighed on investors. U.K. Prime Minister Theresa May announced that she will step down on 7th June.

Recommended final dividend of Rs. 3 (30%) per equity share of Rs 10 for the financial year ended 31st March 2019, which is subject to the declaration by the shareholders at the ensuing annual general meeting.

On a consolidated basis, Unichem Labroratories posted a loss of Rs 23.80 cr aginst the profit earned in the last fiscal, of Rs 2544.91 cr.

Advanced Enzyme Technologies, a leading specialty biotech company, with global leadership in the manufacturing of enzymes, today announced their audited financial results for the quarter and year ended March 2019.

Company's BoD has recommended a Dividend of Rs 0.60 per equity share on the face value of Rs. 2 each for the financial year ended March 31, 2019.

The company has also alloted 19,100 equity shares of face value of Rs. 2/- pursuant to exercise of options by the eligible employees (ESOP).

The rupee strengthened on Friday and is set for its first weekly gain after Prime Minister Narendra Modi's ruling coalition scored a massive election win and supported by a decline in the crude oil price.

The weaker oil prices helped currencies of major net importers of the commodity, such as India and Thailand, although moves in other parts of the region's emerging foreign exchange market were limited by concerns about the worsening Sino-U.S. trade war.

Oil declined about 5% as trade tensions dampened the demand outlook, putting the crude benchmarks near their biggest daily drop in six months and on course for their steepest weekly fall in 2019.

The new NDA government is expected to push ahead with an agenda to put Indian software products and product start-ups on the national map.

In its first 100 days, the new government is expected to press ahead on this - the idea is to increase India's share of the global software product market ten-fold by 2025.

Besides pushing ahead with this policy on software products, the new government is expected to work around a 'Stay-In-India' agenda. In other words, re-domicile Indian start-ups who move to foreign shores or prefer incorporation outside India simply because it is easier to do business that way.

"We expect the Reserve Bank of India to buy forex at every opportunity to recoup forex reserves with most balance of payments indicators slipping towards 2013 levels. High political stability also opens the scope for raising forex reserves via sovereign forex bonds," said Bank of America Merrill Lynch analysts in a note.

Nifty PSU bank, gaining at 4.81 per cent, has zero declines today, followed by Nifty Realty, climbing at 3.52 per cent rate, which has only one one stock, Pheonix Ltd.declining, out of 10 components.

Nifty Bank, growing at 2.37 per cent rate has again one stock out of 12 namely RBL Bank declining in today's trade.

Elsewhere in Asia, bourses in China, Japan and Korea were trading on a negative note in their respective early sessions.

According to Krishna Kumar Karwa, Managing Director-Emkay Global Financial Services, it was extremely crucial from the country's perspective, that there be a continuity of government, for the unfinished policy agenda of the NDA government to be taken to its logical conclusion.

"Global investors and even corporate India will be enthused with a stable and strong government at the centre and we should expect robust foreign portfolio investment and foreign direct investment in the coming months," he added.

Amid market euphoria, the rupee also appreciated  42 paise to day's high at 69.59 against the US dollar as the market moves higher.

The Indian rupee gained 21 paise to 69.81 against the US dollar in opening deals on Friday as investors cheered the BJP's comprehensive victory in 2019 Lok Sabha elections. Adding to it, fresh fund inflows by foreign investors and positive trading across domestic equity markets also injected positivity in the market.

Rupee surges 21 paise to 69.81against US dollar in early trade https://t.co/7pYQOwMoIr

SBI Life Insurence has submitted their quaterly resuts today. On year to year basis, the Profit after tax this fiscal has reduced 13% to Rs 1150 cr from Rs 133o cr recoeded in the last financial year.

Company's board has declared an interim dividend of Rs 2.00 per equity share of face value of Rs 10 each for the year ended March 31, 2019.

The group has proposed a bonus issue of equity shares, in the ratio of one equity share of Rs 5 each for every two equity shares held by the shareholders as on a record date, May 29, 2018

On the sectoral front, expect Media, FMCG, IT and Metal, all th eother indices are trading on the green. Most gaining indices in the morning was PSU Bank at 1.55 per cent gain, followed by Realty sector, at a gain of 1.27 per cent and Nifty Bank, at 0.77 per cent hike.

Expect markets to open positive on account of strong domestic cues, as the NDA has won the 17th Lok Sabha elections with a thumping two thirds majority.

Expect the market to open on a positive note on account of strong domestic cues as the National Democratic Alliance (NDA) has won the 17th Lok Sabha elections with a thumping two-thirds majority. #MOMarketUpdates

Indian Rupee opens 25 paisa lower at 69.78 versus dollar. On Thursday, Rupee ended lower at 70.01 per dollar against previous close of 69.45 per dollar.

Expectations on intra-day volatility to continue on account of election related news and global market weakness.