BSE delists 222 companies: Here's all you need to know

Investor holding value of around Rs 78 lakh (based on data available for 173 companies) will meet its fate in this exercise.

After delisting over 200 companies in May, now in a major clampdown on the shell companies, the Bombay stock exchange has decided to delist 222 companies that have remained suspended for more than six months, with effect from July 4, 2018. Investor holding value of around Rs 78 lakh (based on data available for 173 companies) will meet its fate in this exercise. This made headlines recently, but what went unreported were the details of companies (210) which are part of this massive clean-up exercise.Here's a report on the companies that are a part this major crack down and their sectoral break-up, age and financial health. We have based our analysis on the latest data available for these companies. The pledging data was available for only 36 companies (although in most cases the data was quite dated). Out of these 10 companies have seen promoter pledging levels in the range of  75-98 per cent. The break-up indicates a larger share of textile and finance companies. 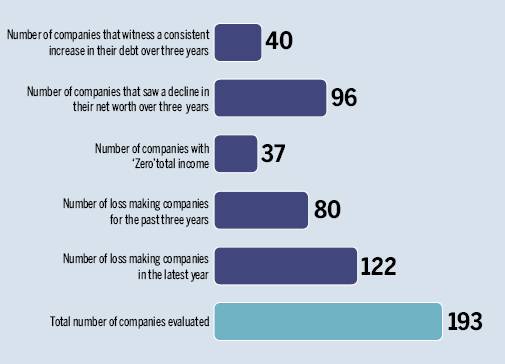 These companies were definitely not in the pink of health but let's see how their numbers stack up. Only 67 companies of the 193 evaluated had their latest data for 2016/17. Based on the latest financial data available, the following analysis was done. 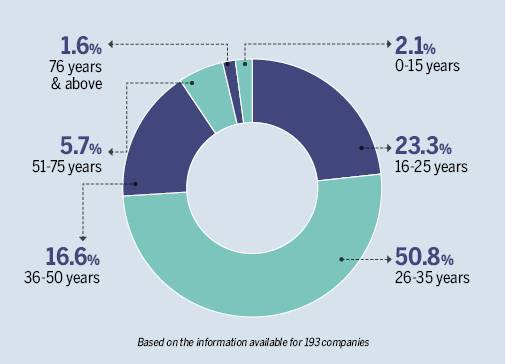