In the afternoon trade, the market took a severe knock in a kneejerk reaction to reports that India conducted "surgical strikes" on suspected militants in Pakistan. 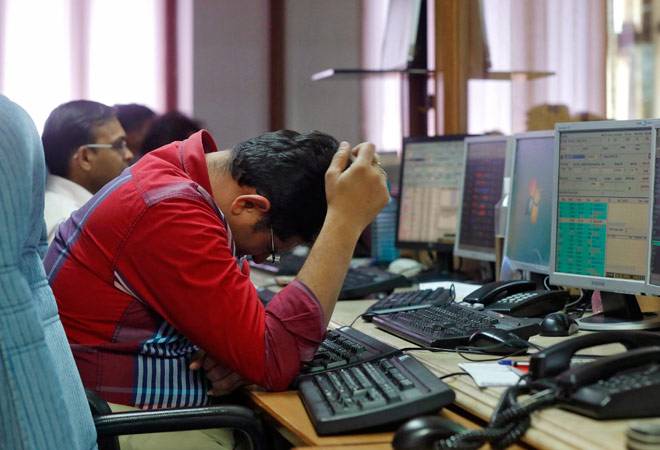 The S&P BSE Sensex on Thursday plunged 573 points intraday, while the broader Nifty50 slipped below its key resistance of 8,600-mark, amid surgical strike by India on militants in Pakistan-occupied Kashmir.

The market took a severe knock in a kneejerk reaction to reports that India conducted "surgical strikes" on suspected militants in Pakistan. The derivatives expiry of September series and the details of OPEC deal also contributed to losses.

Below are three reasons why benchmark indices dropped in today's session:

1) India gives it back to Pakistan

India conducted surgical strikes on terror launch pads last night across the Line of Control (LoC) and inflicted significant casualties and heavy damages. The announcement of the sudden action by the army to target terrorists was made by the DGMO Lt Gen Ranveer Singh at a hurriedly called news conference during which External affairs ministry spokesman Vikas Swarup was also present.

"It was a well-planned, well-coordinated and well-designed move, which was long called for. It should be seen positively. The market should feel confident and comfortable about it," told Amitabh Kant, CEO, NITI Aayog to CNBC-TV18.

Short-covering of bets with today being the last session of September expiry in the derivatives segment kept the momentum in the market tepid.

3) OPEC deal: Devil's in the details

Investors remained cautious, eyeing details of an OPEC deal after the oil-producers group agreed for the first time since 2008 to reduce output in an oversupplied market. Global oil prices though held onto gains on Thursday after soaring 6 per cent in the previous session, but those were capped as investors awaited the details of the deal.

"We have to wait and see whether they will take real action and how long it would last," told Kim Woo-kyung, spokeswoman at SK Innovation, owner of South Korea's largest refiner to Reuters.

How much each country will produce is to be decided at the next formal OPEC meeting in November, when an invitation to join cuts could also be extended to non-OPEC countries such as Russia.

Surgical strike impacts Indian market: What to expect next?