Outlining the growth and evolution of HDFC in its 37 years of existence, Mistry said that relentless focus on customer needs has helped the company grow. 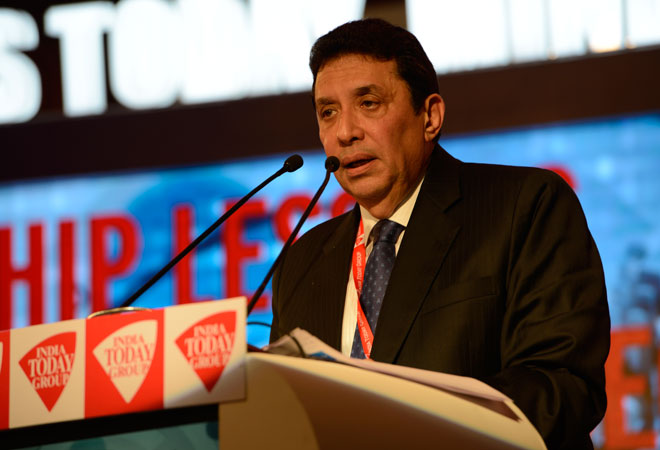 Speaking at the second edition of Business Today's MindRush conclave of corporate leaders, Mistry pointed out that India still stood at a mere 9 per cent of GDP in mortgage disbursals compared to 60 per cent or more in most developed economies.

Mistry, who was adjudged the Best CEO in Financial Services (large companies) in a BT study, said there was plenty of room for growth. "Estimates are that due to rapid urbanisation, demand is there for 19 million new (dwelling) units and some other estimates put it even higher at 40 million units. So there is plenty of opportunity."

Outlining the growth and evolution of HDFC in its 37 years of existence, Mistry, who has been associated with the company for more than 33 years, said that relentless focus on customer needs has helped the company grow.

"Customer feedback and preferences even determine the layout of our offices. Today, HDFC has a market capitalisation of $30 billion and a loan portfolio of $35 billion. We have helped in providing mortgage for 5 million units across 2,400 cities and towns in the country. This was possible because of ethics, integrity, governance and focus on customer."

Pan-India, the average loan ticket size was just about Rs 22-23 lakh and the average age of the borrower was between 35 and 38 years. "India is a young country. Given the past track record, millions of new borrowers are waiting to buy their first dwelling unit," he said.

Welcoming the focus on affordable housing, Mistry said the company's subsidiary Gruh Finance catered to this segment where the average ticket size was Rs 7 lakh.

Mistry added that a low cost-to-income ratio at 7.9%, continous innovation, investment in automation, focus on asset quality, ensuring employee welfare all have contributed to the success of the company.

Corporate excellence in limelight at MindRush 2014