Gadkari, who is often referred to as the best performing minister in the Narendra Modi-led government and has more than doubled the rate of construction of roads and highways in the last four-plus years. 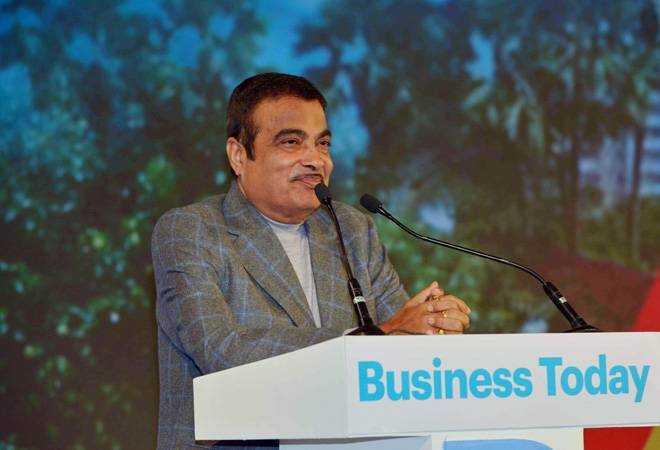 Laying stress on the need for a committed and motivated workforce, Union Minister for Road Transport & Highways, and Shipping; and Water Resources, River Development and Ganga Rejuvenation, Nitin Gadkari, said team was more important than technology and resources and companies that neglect that while chasing revenues always get into trouble. The minister was delivering the power keynote address at the 6th edition of the Business Today Mindrush event before felicitating 12 captains of industry for excellence in their field.

Gadkari, who is often referred to as the best performing minister in the Narendra Modi-led government and has more than doubled the rate of construction of roads and highways in the last four-plus years, exhorted the industry to look at innovative ways of doing business to stay relevant in future.

"I often tell my people that if A does a job very well and B also does a job very well, then in isolation their productivity is A square plus B square, but when you combine the two together then A+B square yields an extra 2AB, which is a result of collaborative hard work," he said. "There is a lot of stress these days on technology and resources but the importance of team work cannot be understated. Companies that ignore that in their rush for higher revenues will always get into trouble."

The minister also appealed to industry to generate out of box ideas that may seem quirky at first but have the potential to yield dividends. He gave the example of his own thrust on inland waterways. "When I became the transport minister, there were many naysayers, and we had 403 stalled projects that meant stranded investments of Rs 3,50,000 crore. Through innovative means we saved investments worth Rs 3 lakh crore from becoming NPAs. Further, in the last five years, we have been able to award contracts worth Rs 10 lakh crore," he said. "We are faced with stiff new challenges, particularly related to climate change, and need a fresh approach to answer them. Developing inland waterways that brings down the cost of logistics is one of them. Using biofuel both for road as well as aviation transport is another. We need industry to invest in all of this."

Earlier, while delivering the welcome address, India Today Group Chairman Aroon Purie said over the last two decades companies have started giving more importance to the effects of their business on the planet and this year's CEO awards aptly capture that.

"There are three Ps in business--profit, people and the planet. While profit and people were always important in India, in the last two decades, and increasingly over the last decade, planet has also become important and companies have realised their duty through CSR and sustainabilty measures," he said. "Alongside other intrinsic changes like AI, machine learning, blockchain that are widely talked about, this is another important facet of business."

MindRush 2019: Entrepreneurship is all about dreams, challenges