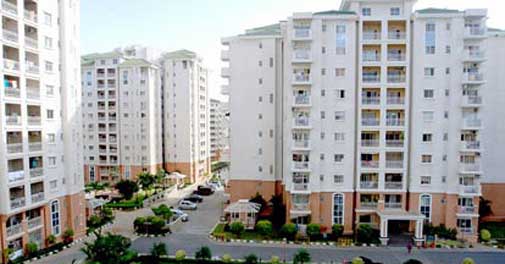 As stock markets started to rally at the start of the year, shares of real estate companies were first off the block. The Bombay Stock Exchange Realty index gave the highest return of 67% among all sector indices in the four months ended June 3. And there are no signs of the rally subsiding anytime soon.

This, say experts, is sentiment-driven, in the hope that the new government, with a clear majority, will revive the sector's fortunes by getting the economy back on the high growth path.

What does this mean for a home buyer? Is he missing the opportunity to gain from the current depressed market and buy at a lower price? Are prices going to start rising again after a one-and-a-half-year gap?

The past 18 months have been tough for developers. Investor sentiment was low as sluggish economic growth reduced incomes and high inflation led to a rise in interest rates and lower savings, forcing people to postpone purchases. Also, there was uncertainty due to general elections. Despite the improvement in sentiment, say experts, don't expect a spurt in prices overnight. It will take at least a year for things to get into shape.

"We are getting positive vibes but prices are a factor of volume. Prices will rise after volumes start picking up," says Rohit Raj Modi, Officiating President, The Confederation of Real Estate Developers' Associations of India or CREDAI.

"No government has a magic wand which can solve all problems at once. Reforming the economy is a gradual process. We need to be patient. A stable government has the potential to boost sentiment and attract foreign money.

However, we cannot expect property prices to display the kind of sharp upward movement seen before the global financial crisis. Any such movement is, in my belief, at least 12-18 months away," says Anuj Puri, chairman & country head, JLL India, a real estate consultancy. Sumit Jain, co-founder and CEO, CommonFloor.com, says, "With a stable government in power, the sentiment has become positive. The sector is again upbeat. However, it may take 6-12 months for prices to start heading northwards."

The formation of a stable government will hopefully mean faster decision-making and economic reforms. But the government will have to do a lot more to increase economic growth. Bringing down inflation and interest rates should be its top priority as doing this will lower the cost of borrowing and thus help the sector. But for longterm growth, it will have to bring in some much-needed reforms. No government has a magic wand which can solve all problems at once. Reforming the economy is a gradual process. We need to be patient: Anuj Puri

Single window clearance: One thing hindering the growth of the sector is the complicated processes involved in getting clearances for projects. The red-tapism and delays involved add to the cost of projects. This higher cost is passed on to buyers and affects demand.

"As per a report by the Ministry of Housing and Urban Poverty Alleviation, the approval process is extremely long drawn. For any housing project in a metro, there are a minimum of 34 regulatory processes to be followed by a developer for obtaining construction permits, which takes an average of 227 days, even more. As a result, the project is not only delayed, the cost of the property also goes up by 10-
20%," he says. "A real estate regulator should be appointed for guidelines/laws which look after the interests of consumers as well as legitimate issues of developers. Such laws have been enacted in states like Maharashtra and can be emulated in other states as well," says RK Panpalia, MD, Wave Infratech Pvt Ltd.

But industry experts say the bill should be discussed in detail before it is passed so that it takes into consideration the interests of both buyers and developers. "The passage of the Real Estate Regulatory Bill is a much-needed step in protecting the rights of buyers. At the same time the provisions of the Bill need to be looked at carefully so that they are fair to builders and property developers as well and do not introduce more red-tape in the already lengthy and costly process of approvals," says Singh of 99acres.com.

Although a land acquisition law was necessary to take care of the interests of those displaced by land acquisition, the new law, in its current form, is going to hurt the industry and so needs to be modified, say experts.

"The new land acquisition law has greatly increased the cost of land acquisition, which has led to an increase in real estate prices. The new government needs to relook at its provisions so that it doesn't become a road block to development, while looking after the interests of land owners/farmers," says Panpalia of Wave Infratech. "The land acquisition law, as it stands now, needs to be revoked as it is hurting the sector," says Puri of JLL India.

Industry status to real estate sector: This has been one of the long-pending demands of the industry. It will help companies avail of cheaper finance.

"The industry status will ensure cheaper loans for longer time periods, less risk weight for these loans, import duty cuts, expansion of funding avenues and broadening of the horizon of organised real estate in India," says Anshuman Magazine, chairman & MD, CBRE South Asia Pvt Ltd, a real estate consultancy. Home buyers shouldn't fret. Prices are not going to sky-rocket in the near term. Continue searching till you get a good bargain.

How to manage your cash flow in sunset years