Prepare for a Mixed Harvest

The year 2012 may be tough for commodity investors, especially those who have exposure to agricultural commodities and edible oils.

A World Bank report, Global Economic Prospects, released in January says prices of agricultural commodities and edible oils are likely to remain under pressure this year due to improved supply.

According to the bank, the global price of rubber is expected to decline 30 per cent, while prices of wheat, maize, refined soya oil and crude palm oil are likely to fall 9 per cent, 12 per cent, 16 per cent and 20 per cent, respectively, from 2011 levels.

What will this mean for Indian investors? Will these commodities move in the same direction in the domestic market too?

Money Today talks to market experts to find out what's in store in 2012. While global trends may be reflected in some commodities, experts feel domestic prices of maize and soya oil may move in a different direction than prices in the global market.

World Bank View: According to the World Bank, rubber prices reached their historic high in 2011 due to weather-related supply disruptions in South-East Asian rubber-producing countries, which account for 90 per cent global production of natural rubber.

However, due to lower prices of crude oil, a key input of synthetic rubber, and weak demand for tyres due to the general economic downturn, prices moderated and ended the year 46 per cent below their February 2011 peak. The bank has predicted that global prices of natural rubber will fall 30 per cent in 2012 from the December 2011 level.

According to the Rubber Board of India, rubber trees planted over 14,000 hectares seven years ago are now turning productive. In the last quarter of 2011, India's natural rubber production was 2.88 lakh tonnes. However, consumption was 2.42 lakh tonnes.

However, on the flip side, the Society of Indian Automobile Manufacturers Association expects car sales to recover in 2012-13 as economic conditions improve. Market experts feel this may arrest any sharp fall in prices.

World Bank view: As compared with the December 2011 level, the World Bank is anticipating that global prices of wheat will decline 9 per cent in 2012.

Domestic Outlook: According to market experts, wheat prices in India have very less correlation with global prices. Being an essential commodity, its free trade is restricted. India has been making new records in wheat production for the last couple of years.

According to a report by SMC Investments and Advisors, wheat can find strong support at Rs 1,050 per quintal in the current calendar year. On 1 February 2012, it was trading at Rs 1,240.75 per quintal on NCDEX.

Assuming normal weather and record production, wheat prices in Delhi can drop to Rs 1,150 per quintal in 2012.

Dharmesh Bhatia, associate vice president, research, Kotak Commodities, says, "Good weather is expected to help production touch a record. The buffer stock is at record levels. The Food Security Bill will require the government to store huge stocks of foodgrain. So, it has been cautious in allowing export of foodgrain despite record availability. Therefore, it seems that the commodity is likely to remain under pressure in the domestic market."

In the previous calendar year, the price of wheat on NCDEX declined 11 per cent to Rs 1,170 per quintal. According to the US Department of Agriculture, India produced 859.30 lakh tonnes wheat in 2011-12. However, consumption was 847 lakh tonnes. Market experts feel a comfortable supply situation will soften prices when the harvest starts in April.

"Assuming normal weather and record production, wheat prices in Delhi can drop to Rs 1,150 per quintal in 2012. Private sector buying could emerge below these levels," says Bhatia. 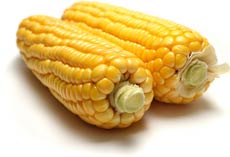 World Bank view: The supply of crude palm oil, used in consumer products ranging from shampoo to chocolates and cosmetics, is expected to increase in 2012. The World Bank has predicted that prices will fall 20 per cent this year.

Domestic view: According to a report by SMC, Malaysian crude palm oil production this year will be more or less flat at 186-189 lakh tonnes as compared to the 2011 forecast of 188 lakh tonnes.

Badruddin Khan, assistant vice president, agriculture, Angel Commodities, supports the bank's view and says, "Palm oil is expected to trade lower this year on account of higher global production compared to last year. The price can decline 16 per cent from the December 2011 level."

Prices, however, bounced back in the later part of November 2011 after floods in Malaysia. According to the Malaysian Palm Oil Board, crude palm oil output in November reached 16 lakh tonnes compared with 19.1 lakh tonnes in October.

OUT OF SYNC
Refined Soya Oil

World Bank view: The price of refined soya oil will slide another 16 per cent from the level of 30 December 2011.

Domestic view: In contrast, Kunal Shah, head of research, Nirmal Bang Commodities, believes the downside in refined soya oil is limited and the outlook for the domestic market is bright.

In 2011, the price of refined soya oil jumped 14.16 per cent, or Rs 89.70, to Rs 723.20. According to market experts, this sharp movement in refined soya oil prices can be attributed to the weakening rupee and bad weather in Argentina.

Market experts feel domestic prices of maize and refined soya oil may move in a different direction than prices in the global market.
Click here to Enlarge
"Refined soya oil prices have remained firm mainly on account of weather disruptions in Argentina. A dry spell in the third-largest producer of soybean has resulted in tight supply despite good crop in the United States. Additionally, a weakening rupee made imports expensive, with the result that prices jumped in the domestic market," says Shah.

India is the world's top buyer of edible oil and imports half the vegetable oil it consumes. That is why prices of the commodity are heavily influenced by the movement of the rupee. Major global producers of edible oils are the United States, Brazil, Argentina, China, Indonesia and Malaysia.

According to the United States Department of Agriculture, India produced 17.50 lakh tonnes refined soya oil in 2011-12. However, consumption was 26.85 lakh tonnes.

World Bank view: Global maize price would fall 12 per cent in 2012. The US Department of Agriculture, in its first assessment for 2011-12, has projected that global food supply conditions will improve and maize production is expected to rise 6.4 per cent over the previous year.

Domestic view: Indian market experts do not agree and say maize prices can rise in 2012.

They say the global output scenario is looking bleak with more crop damage in Argentina, the second-largest producer of maize. Also, cob-setting may reduce yields, they say.

According to market experts, rabi production of 2011-12 might be 50 lakh tonnes, which would reach the market by March-April. However, in 2012, demand may increase in the range of 5-10 per cent, including for domestic consumption and export.

Also, corn production in Argentina is estimated to fall 20-25 per cent this year due to bad weather, which will keep prices on the uptrend.

"Global export demand might shift towards India to compensate for the supply shortfall in Argentina and Mexico. Depending on export demand, prices could touch a high of Rs 1,400 per quintal," says Bhatia. On 1 February 2012, maize was trading at Rs 1,300 per quintal in the national capital.

Will returns from commodities improve?

Base metals outlook for 2012