Rupee will trade within a range of 60 and 65 over the next five-six months till the elections are over and the political outcome is known, says Kotak Securities' Anindya Banerjee.
Print Edition: January 2014 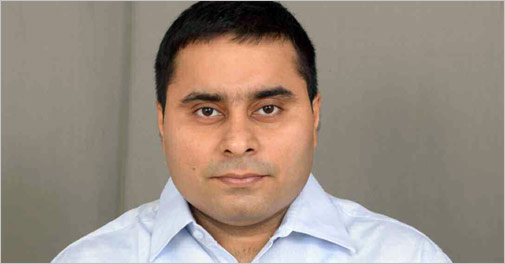 It has been an eventful year for the rupee. The year began on a benign note with the rupee trading around 53 to a dollar it but later touched a low of 68.85. However, a delay in taper, announced in September, and contraction in the country's current account deficit , or CAD, took the rupee below 62.

The question is, where will the rupee go from here?

Currency, like any commodity, is driven by demand and supply. India imports more than it exports and hence is dependent upon foreign investors to bridge the demand-supply gap. The larger the gap, the more sensitive is the rupee to mood swings in global financial markets.

India is dependent upon portfolio flows to meet the demand for the US dollar. Since July, our external balances have taken a turn for the better, as exports have risen by more than 12% and imports have contracted nearly 10%. A sharp slide in demand for gold has also helped. A weaker rupee and benign global economic outlook is helping exports.

Over the next 6-12 months, export growth is going to be a key driver of current account stabilisation. We expect the CAD to shrink from $88 billion in 2012-13 to $44-48 billion in 2003-14. A pick-up in the investment cycle can correct supply-side issues, which in turn can break the vicious cycle of weak growth-high inflation and high CAD. However, for a substantial change in the investment climate, one has to wait till the polls in May-June. The rupee can keep moving in a broad range against the dollar till then.

One cannot ignore global factors, which can create significant volatility. We expect financial markets to keep shuttling between complacency of liquidity and fear of liquidity over the majority of next year, as fear of the US central bank reducing liquidity will remain.

We also have to keep an eye on how Chinese economic growth shapes up and whether the risks to financial stability materialise or not. The rupee is expected to trade within a range of 60 and 65 over the next five-six months, till the elections are over and the political outcome is known.

In case the electoral verdict is in favour of a strong government, which in turn leads to improvement in the investment cycle and cleansing of the banking sector, we can expect the start of a new growth cycle, which can have the potential to push the rupee towards 56-58 levels against the dollar. However, a weak government can aggravate the economic and financial pain facing the nation and that can then lead to a much lower rupee.

What to expect from various sectors in 2014