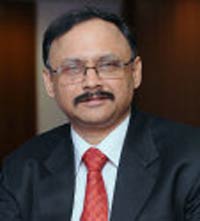 Sandesh Kirkire, CEO, Kotak Mutual Fund
The 50 basis points (bps) repo rate (revised to 8%) hike by the Reserve Bank of India (RBI) came as significant surprise to the markets, which were expecting a maximum 25 bps increase. A basis point is one hundredth of a percentage point (0.01%). While this policy measure re-emphasised RBI's wariness about the recalcitrant inflation (at 9.44% in June), it also underscored its confidence in the ability of the economy to absorb the rising funding costs without meandering too much from the growth path.

It is estimated that it may take around 6-7 months for full transmission of the 175 bps rate hikes effected this calendar year to come through entirely. The resultant rise in borrowing and lending costs may severely impede the growth rate of the industrial economy, especially the manufacturing sector.

Historically, the causes of wholesale price index inflation among its sub-components have primarily been a function of the supply shock in either agri-commodities or the speculative rally in international crude oil prices. This is best enunciated by the last 5-year inflation average in primary, fuel and manufacturing goods segments, which show a year-on-year growth rate of around 11.94%, 6.14% and 5.07%, respectively.

In that reference, the assertive policy action by RBI can be construed as a concerted effort to restrain the present phase of fuel-led inflation (at 12.85%) from spilling over into the general economy, which seems an almost imminent possibility. This gains priority in the light of the fact that the manufacturing inflation at 7.43% is way above the long-term average, and indicative of the occurrence of the inflationary slippage.

However, there exists a latent optimism in the capital markets that rate hikes may be approaching their peak. This is expected on account of the predicted moderation in inflation due to the high-base effect, demand contraction and likelihood of a normal kharif crop output this year. Moreover, the market is taking succour from the current consumption, which seem to be largely unaffected by rising commodity prices. This may be explained by the possible rise in the cost of wages and salaries, which has largely offset the growth in prices.

Also, there is a growing monetary policy divergence between the BRIC nations (particularly India, China & Brazil) and the Western European & US economies. With the 0-25% interest rate in the US and the 1.5% in the Euro zone at the one end and 8% repo rate in India on the other end, there exists a prima facie case for a wide interest rate arbitrage opportunity. However, restricted access to the domestic debt markets has regulated debt capital inflows.

Yet, this has led to a high demand for domestic debt among FIIs, who have already invested $3.7 billion during the current calendar year. This, despite the limited access to the domestic debt markets, indicates high appetite and rising confidence in the solvency of Indian issues, which in an otherwise highly sensitised global debt environment is a major compliment.

(This is a sponsored article)

Invest in realty after thorough check