The government is going all out to woo private sector investment in infrastructure like never before. This means exciting returns are possible for patient investors.

Ten years from now, what would have changed the most on the Indian investing firmament? The answer to this question can bridge the gap between average and brilliant returns in your portfolio. Ten years ago, it was telecom (Bharti is up 15x since), banks (the BSE Bankex is up 10x) and capital goods (BSE Cap Goods Index is up 20x), which carried the seeds of multi-bagger returns. Today, while it seems that all these sectors will do well for another decade, it is the infrastructure sector in which big-time compounding might play out. Why?

Firstly, it is well accepted that infrastructure is woefully short in supply right now. It threatens to get exponentially worse as the India story picks up momentum and imposes demands on its crumbling cities, rickety roads, clogged ports, inefficient airports and sputtering power stations. Not to mention the increasingly horrifying logjams at India's hospitals, schools and housing estates. The government has realised its inadequacy to build capacity in various infra sub-sectors. It is now going all out to woo private sector investment and FDI in infrastructure like never before. This opens up possibilities that were hitherto unavailable to private sector players and investors. With assured demand and, hopefully, fair and remunerative pricing policies in place, the private sector can reasonably expect that multi-year growth will accrue to capable participants in most infra sectors. 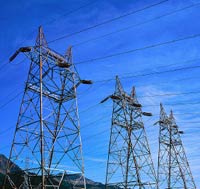 All this makes it inevitable for exciting returns to be possible for the patient investor. Compared to total infrastructure investments of less than $30 trillion over 2003-12 (10th and 11th Plan periods), the next two Plan periods are likely to see $90 trillion being invested. The bulk of this investment is expected in capital-hungry sectors like power, roads, railways, urban infrastructure, irrigation and water supply/sanitation. 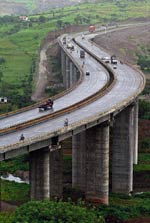 Secondly, the policy regime is not merely tilting towards private participation. It is also encouraging the latter to deliver more via 'earn-outs'. For example, a 14 per cent post-tax assured return for a power plant is not enough now. The plants that achieve higher-than-benchmark capacity utilisation or thermal efficiency are eligible for higher returns. This means that they do not have to pass on their above-normal efficiencies to their customers via reduced tariffs and can, thereby, earn more-than-normal returns—a sweet spot for equity investors. This will cause a Darwinian evolution of the most capable infra players fighting to become the fittest (and their investors, the richest) as their capabilities to provide services are tested to the hilt. Compare this with the monopolistic situation under which government or quasi government agencies have, for decades, provided us, admittedly questionably, with services such as power, roads, etc.

Thirdly, the availability of long-term debt (bread and butter of infrastructure funding) is likely to increase substantially in the near future. The government has set up several specialised lending entities like PFC, REC, IDFC and IIFC and has empowered them to borrow from banks as well as the public. In the past few years, lending activities from these institutions have contributed a big chunk to incremental investment in infrastructure. The opening up of the insurance space to private sector, the likely introduction of private sector pension funds, and further easing of regulations with respect to FDI and external commercial borrowing will also free up additional sources of long-term funds. With debt in place, equity investors in infrastructure will find it worthwhile and profitable to participate in these opportunities.

So, which firms are best poised to reap the benefits of infrastructure investments in the next 10 years? My bets are on two categories—equipment/contract service providers and the actual owners of infra assets. Potential winners in the first category include Bhel and L&T (see Catching the Tide). The second category is tricky as its profits are often back-ended (long gestations), dependent on interest rates, which affect their leveraged balance sheets, and open to regulatory risks. Here, it is management quality, execution capability, perseverance, deep pockets and political affiliation that will win the day (or decade) for them. My punts would also include:

Reliance Infra: Impetuous or not, the 45 per cent owner of Reliance Power will be the big beneficiary of the largest power capacity under a single listed entity in India over the next 10 years. Apart from several pathbreaking projects like the Airport Express in Delhi and road projects worth over $6 billion, Reliance Infra holds the Mumbai and Delhi power distribution franchises. Rough-cut estimates indicate that cash on books and the imputed value of its Reliance Power shares alone account for the market capitalisation of the firm at CMP.

JSW Energy: With almost 1 GW of capacity operational and over 2.3 GW slated to roll out in the next three years, JSW Energy is a good opportunity. Roughly half of this capacity will operate under the 'merchant power' model, whereby JSW will earn market-driven rates. Further upsides will accrue from coal mine allocation.

Adani Power: With 6.6 GW rolling out and 3.3 GW in the pipeline, Adani can be one of the top five power companies in five years. It will sell its power at a healthy mix of pre-sold and merchant prices. It has partially locked in coal prices via a 15-year agreement with its parent, Adani Enterprises. 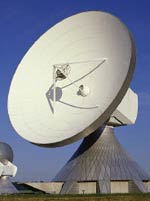 Catching the tide
Here are the equipment/contract service providers that may benefit from infrastructure investment in the next 10 years.

2.L&T: India's best managed EPC player is becoming a big power equipment player and an infra asset owner. Adjusted for embedded value in IT and finance business, it's available for less than 19x FY12 earnings.

3.Thermax: Today, it's costlier than L&T and Bhel if you consider just its FY12 estimated earnings after more than tripling over the past 12 months. Even so, it is 1/15th the market cap of Bhel and 1/12th that of L&T. Scope for improvement?

4.BGR Energy: Another relative micro-cap (only Rs 4,000 crore market cap) compared to the big daddies, this balance of plant contractor is sitting on orders worth Rs 11,000 crore, which take its book-to-bill ratio to over 4, a record of sorts for the firm.

Stepping on the oil & gas