Is it time to invest?

Another bear run in an already battered global economy is not only likely — given the largescale failure that might result from misguided attempts to shore up the banking system — but it can also prolong the pain, where investing today will seem like putting good money after bad. 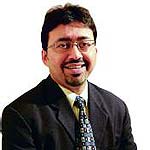 Any braveheart who bought during the market fall, from mid-February all the way to March this year, would have made pots of money. The Sensex fell about 16% in less than a month, taking it perilously close to its October and November lows. But from the second week of March, it galloped over 20% to leave even the most diehard bulls open-mouthed in disbelief.

However, as a rational investor, I am tempted to ask: is the willingness to invest when all seems lost the only way to make outsized gains in the market? After all, who knows when the markets swing back, as they inevitably do. Have you noticed the decent auto sales and cement dispatches posted in March, and how they stand out in the economic gloom?

Similar stories abound in the previous Indian bear market of 2000-2004. After all, didn't the daring people buy Bhel, Bharti Airtel L&T, Reliance and other blue-chips at bargain prices when nobody had the guts to get in? It's statistically tempting to conclude that buying when the investing world is in pain is a reliable way to make money.

However, it's equally important to differentiate between correlation and causation in the markets.

Correlation measures the degree of proximity of the occurrence of any two events. It is difficult to draw a straightforward, logical connect between two events, but if there is enough statistical evidence that they occur one after another, correlation is established, even though we may not quite comprehend how one leads to the other. The very name of this column, Boom and Bust, suggests that there is an inevitable cyclicality in the game of wealth. And cyclicality suggests that it is best to place your bets precisely when nobody has the guts to do so.

Causation, on the other hand, attempts to establish that one event logically leads to another. We can construct a cause-and-effect theory that we might extend forward in time and test our hypothesis as events play out. Some theories work out and some fall by the wayside as we test, validate, reject and, finally, enrich our understanding. But the person who tries to unravel causation is always working at it in a rational, diligent, scalable and, most important, repeatable manner.

It is on this basis that I am still holding out as a bear. Another bear run in an already battered global economy is not only likely—given the large-scale failure that might result from misguided attempts to shore up the international banking system—but it can also prolong and aggravate the pain, where investing today will seem like an idiotic attempt to put good money after bad.

For those who believe that randomness and correlation provide a sustainable road to profits, a trip to Las Vegas is recommended.

Dipen Sheth is Vice-President, Institutional Equities, BRICS Securities Ltd. He can be reached at dipen.sheth@bricssecurities.com.

How to construct a stock portfolio