Depending on speed of reforms, life will get worse or better, depending on one’s perspective. 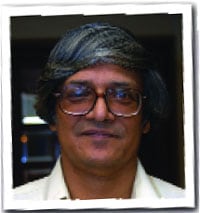 'Middle class' isn’t a precise expression. But it is better than “common man”, an expression that crops up at Budget and election time and which, only R.K. Laxman has ever defined. “Middle class” has an income threshold, say an annual income of over $5,000 a year. That is, we are not talking about the 36 Indians (including NRIs) who figure in the Forbes 2007 Billionaires List. Or the rich, who earn more than $200,000 a year.

Most readers of this magazine are middle class and the figure will increase from 15 million today to around 400 million by 2020. Across countries, as income crosses the $5,000 threshold, expenditure patterns change from basic stuff to discretionary expenditure (eating out, processed food, some consumer durables, entertainment, etc).

The 2004-5 NSS data show this happening and the rural/urban divide is blurring. More interestingly, from 1999-2000 to 2004-5, per capita consumption expenditure increased more for the poor and rich. Is the “middle class” getting squeezed? Remember the Micawber Principle? “Annual income twenty pounds, annual expenditure nineteen nineteen six, result happiness. Annual income twenty pounds, annual expenditure twenty pounds, result misery.” On the income side, especially if you are salaried, there is a crunch. No more safe and guaranteed returns with zero risk. Move to equity.

If you are past your mid-40s, and at the receiving end of downsizing, jobs are impossible to find. Employment security and job security are no longer identical. Personal income tax exemptions are on their way out and to the extent there has been evasion of taxes earlier, that’s becoming more difficult. This is also true of those who run businesses. On the expenditure side, health and education are increasingly moving from public to private provisioning and medical insurance now figures in household budgets.

VAT has reduced scope for sales tax evasion and prices of manufactured products have increased, neutralising earlier declines because of competition. Indeed, because there is a lag in creating supply, manufacturing prices won’t decline till 2008. More service sectors are coming within the tax rate and an integrated goods and service tax rate will be at least 16%, probably closer to 20%. And for primary food articles and items like real estate and rent, prices have gone up, plus the recent impact of interest. The squeeze is because reforms are partial.

Some (taxes, savings, foreign exchange) have occurred, while others (health, education, agriculture, land and real estate) are yet to occur. Before complaining, consider the number of Indians who travel abroad now on vacations or send their children abroad to study, or the role of EMI in pushing purchases of houses, cars and consumer durables. At what age did one buy a car or a house earlier? The answer has changed. The tension isn’t an aggregate middleclass issue; I think there is a generational element to it.

The younger generation that grew up in the 1990s has benefited relatively more from the gains. And the older generation, that grew up in the swinging, socialist 1960s, and may now sometimes be retired, is suffering relatively more from the pains. The writing on the wall is clear. Depending on the speed of reforms, life will get worse or better, depending on one’s perspective.