This year, we are likely to see a transition to stable markets from the wild swings of 2008 and 2009. Over the past two years, the markets have been driven top-down, primarily by the risk trade. 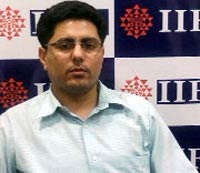 Prashasta Seth
This year, we are likely to see a transition to stable markets from the wild swings of 2008 and 2009. Over the past two years, the markets have been driven top-down, primarily by the risk trade. Most of the market returns in 2009 have come from a price-earnings (PE) re-rating. There are signs of moderation in this trend. Henceforth, gains in the markets are more likely to be driven by earnings growth, not by expansion in PE multiples.

The recovery in corporate earnings and an increase in risk appetite will provide support to equity markets this year. At the same time, structural headwinds like high valuations, low liquidity on account of likely withdrawal of stimulus measures and higher interest rates will limit the gains on the upside.

We expect the cyclical recovery that started in 2009 to continue to support corporate earnings, which are likely to grow to over 20% in 2010–11 with a strong revival in demand. Over the past few months, the news flow on macro-indicators and corporate earnings has been fairly positive. Industrial production in India has seen a sharp revival, growing more than 10 per cent in October, up from the sub-2 per cent growth in the first half of 2009. The growth numbers in sectors such as cement and auto are back to boom-time levels supported by government spending through the Pay Commission hike and investment in rural areas. Urban India has increased consumption due to higher visibility on the job front and a rise in salaries.

However, the risk to earnings remains. The earnings story in the first half of 2009-10 was one of margin expansion. While revenue growth was anaemic, lower commodity prices and a tight leash on costs drove a sequential margin expansion of around 200 basis points. We believe that over the next couple of quarters, margins might be impacted by a partial rollback of the fiscal stimulus package and an increase in interest rates. The excise rates are likely to go back to at least 12 per cent (from the current 8 per cent) if not to the pre-stimulus rate of 14 per cent. The RBI too is likely to start tightening the monetary policy, with a 50 basis point credit reserve ratio (CRR) hike in January. Demand might also be affected by the below-par monsoon.

This year, domestic plays like auto, construction, banking and pharma, and urban themes like retail, entertainment and media are likely to show strong earnings momentum. Stay away from telecom as it has had a great run and is now facing margin pressures as the competition is intensifying. We remain underweight in global cyclicals like crude and metals as we are not as sanguine about the rest of the world and feel that there is a fair chance of a W-shaped recovery. However, in mid-cap IT services, the valuations are extremely cheap. We expect a significant rise in earnings as global corporates increase the IT budgets.

So, which sectors or themes will play out this year? With cyclical recovery setting in, mid-caps are likely to generate an earnings growth of more than 20% in 2010. With the broader market trading at a significant discount to large-caps, mid-caps could outperform.

'The financial services have a huge growth potential'