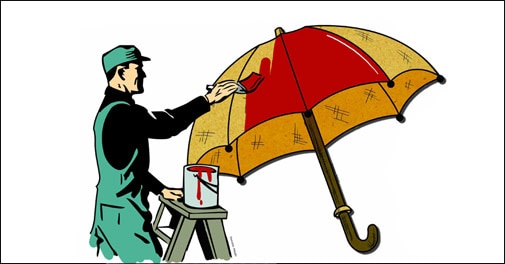 If you are looking to buy a traditional endowment policy, it's best to wait till next year. Not only will you get a better product, you will also pay less commission to your insurance agent. The Insurance Regulatory and Development Authority (Irda) has made changes in the structure of traditional life insurance investment plans . Insurers have time till January 1 to refile modified plans that comply with the new norms.

Like unit-linked investment plans, or Ulips, refiled plans will have to meet minimum sum assured and death benefit criterion and offer a minimum guaranteed surrender value. Irda has also regularised the commission payable to agents and brokers.

"This will give a more realistic picture of returns to customers," says TR Ramachandran, CEO and MD, Aviva India.

In spite of the clear benefits to customers, some in the industry say standardisation many affect innovation. Rajeev Kumar, chief and appointed actuary, Bharti AXA Life Insurance, says, "We need to take a call whether our priority at the moment is innovation or ease of understanding of products by customers. We have clearly chosen the latter for the time being, which I think should be relooked at when the industry matures and puts proper sales processes in place."

Irda's aim is to make traditional products as easy to understand and compare as Ulips as well as regularise the commission structure.

The regulations also state that in case of death during the policy term, the beneficiary will get at least 105% of the premiums paid.

The minimum death benefit criterion seeks to ensure that the aim for which insurance is bought, that is, protection, is met. "The premium, however, may rise due to the increase in the cover," says Ramachandran.

Higher Surrender Benefit:
Current rules mandate a fixed surrender value after three policy years-30% of all premiums paid minus first-year premium. The new guidelines improve this by introducing the concept of guaranteed surrender value (GSV), which works on the basis of when a plan is surrendered- the nearer the policy is to maturity, the more you get. Also, the GSV will be applicable after payment of three annual premiums if the policy tenure is more than 10 years. For shorter-tenure policies, it will be applicable after payment of the second-year premium.

You will be eligible for at least 30% premiums paid minus any survival benefits you have claimed if the policy is surrendered in second and third years. In fourth and fifth years, you will be eligible for 50% of the premiums paid, minus any survival benefit paid to you. The GSV will go up to 90% of the premiums paid in sixth and seventh policy years. After the seventh year, the policy adopted by any company on surrender value will need to be filed with the regulator for clearance.

"While this may be beneficial immediately, it may encourage customers to surrender policies before maturity," says Chittaranjan Savadi, VP and head of products, Pramerica Life Insurance.

Premature exits can affect insurers' ability to give good returns. It is, therefore, advisable to stay put till maturity to avail of protection and maturity benefits. The policy should be surrendered only in extreme circumstances.

Trail commissions have also been capped-7.5% in 2nd and 3rd years and 5% in the subsequent years. In case of brokers, there is a cap of 5% commission from 2nd year onwards. For single-premium and pension products, the caps are 2% and 7.5%, respectively.

This is to encourage distributors to sell longer-tenure policies. Such policies benefit customers, says Savadi of Pramerica, "as the returns are potentially higher and the policyholder's life remains protected for a longer tenure."

However, since the investments made by the new products will be the same, their returns will be similar to that from the older products, which haven't been very impressive in the past. "Traditional insurance plans offer long-term stability, decent life cover and guarantee minimum benefit at maturity irrespective of market movements. The benefits are usually tax-free compared to other high-interest products that are short-term in nature and whose returns are taxable," says Ramachandran of Aviva India.

Irda's regulations for investment managers of traditional funds favour low-risk investments-at least 75% in debt, including at least 50% in government securities. There are also rules that restrict investment in risky and volatile instruments. "The allocation to equities, which have potential to give higher returns compared with bonds, is low," says Badrish K, head of fixed income group, HDFC Life. These factors affect performance of traditional investment plans.

"Though some relaxations have been made in the investment pattern of traditional plans, one key move that is desired is to allow insurance companies to use derivatives, both equity and interest rate, to hedge their portfolios," says Badrish. This will reduce the chances of negative returns.

Savadi of Pramerica Life Insurance expects the new guidelines to encourage sale of long-term traditional plans due to which there may be some upside in returns from these policies.