There is still scope for growth in stock prices, but don’t expect your portfolio to go ballistic in 2007.

Imagine a batsman playing copybook forward defensive in the 48th over when the team is chasing a big score. How does the crowd respond? With booing. Well, the finance minister pulled off a similar feat and got a similar reaction. The Budget was, at best, damned with faint praise. Mostly, it has been greeted with boos.

It was also mistimed, just as a defensive stroke in the slog overs would be. India’s economy faces the clear and present danger of capacity constraints. Automobiles, cement, hotels, telecoms service providers, you name it, every sector is operating at full capacity and frantically trying to expand. Lenders are finding it tough to offer more credit. Naturally prices are spiralling up since demand exceeds supply.

The finance minister had two choices. One involved more reform (lower customs rates, free imports) and greater incentives (tax breaks, FDI limit hikes) to ensure supply rapidly catches up with demand. The other option is to try and force prices down through fiat and licence raj. The latter is the route P. Chidambaram chose.

The market has been unequivocal in its rejection. The Nifty has fallen a startling 8.15% in four sessions as investors stampeded for the exit. The FIIs have pulled out Rs 2,174 crore and the Indian mutual funds have made a token Rs 5.79 crore of buys.

True, there has been a global shake-up. A scam in Chinese shares and a hike in yen rates have shaken FII confidence. But the Budget did nothing to make investors feel that the UPA government had a commitment to faster growth.

Nevertheless the Budget does not cripple growth; it merely fails to provide acceleration. In absolute terms, earnings will continue to grow through 2007-8. But they won’t grow as fast as analysts expected. It has proved to be a cold shower that inspired downgrades.

MONEY TODAY pored over flash recommendations from 14 advisory services and discovered that the earnings picture for 2007-8 is in shades of grey.

There will surely be a cooling off. That gives you a chance to reformat your portfolio. The following pages may give you ideas of where to go if you are in the market for the long term. The industry has hiked prices to pass on a dual-rate excise hike. Earnings will dip 15% without the hike -MAT would mean a higher tax for infotech companies, which pay less than 11.33% of adjusted book profits in taxes

-Budgetary outlay for secondary education hiked by 34% to Rs 32,350 crore -Strong budgetary support and initiatives to boost growth in power. Plus an enlarged role for private players.

-Accelerated power development and reforms project to cover all district headquarters and towns of over 50,000 population -Service tax (12.36%) has been extended to renting of immovable property for commercial purpose, which could be marginally negative for Royal Orchid Hotels, all of whose hotels are under lease contract

-Positive impact overall with increased thrust on tourism and infrastructure, and pass through status to venture capital funds going into businesstourism 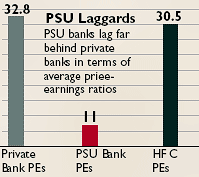 -Housing finance and infrastructure lending companies will receive only 20% relief under Section 36(1) (viii), down from 40%. This should effectively raise the tax rate by 3-5%

-ICICI Bank had a big fall post-budget but the change in 36 (i) (viii) will only reduce earnings by 1%. Approximately 18% of its value comes from subsidiaries soon to be spunoff, which are not affected by interest rate cycles 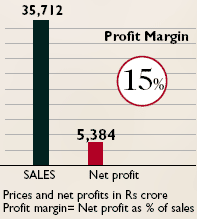 PHARMACEUTICALS
Positive for the pharma industry once imports become cheaper

-Almost all Indian pharmaceutical companies benefit from this reduction

Online justice for all

Snapshots of recommendations from investment houses