No tuition, no fees

Cousins Ruby and Shikha Goel took NIFT to court when it refused to refund their fees even though they withdrew their application before the academic session.

We had applied for a course in fashion management and technology at the National Institute of Fashion Technology (NIFT), Delhi in June 2006, under the non-resident Indian category. The fees charged under this category are higher than the general one (Rs 3 lakh compared to Rs 80,000).

On 30 June 2006, we deposited the fees and got a receipt confirming our admission. But in our excitement we forgot to see (and which the institute conveniently forgot to mention) that the place of admission mentioned on the receipt was Kolkata, instead of Delhi that we had asked for. 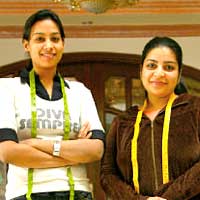 We discovered the mistake in the evening (it was a Friday) and approached NIFT the next working day (Monday). However, the institute neither accepted the mistake nor did it agree to refund the full fee if we withdrew admission. After a lot of correspondence, all we got back was Rs 23,460 each in terms of certain “conditions in the admission prospectus”.

We approached the District Consumer Commission, which ruled in our favour. Taking a strong view, the judges observed that “it is beyond our comprehension that such an institute shall indulge in such unfair and unscrupulous practice that it will usurp the heavy fees of Rs 3 lakh without providing any coaching or service”.

The commission also rejected NIFT’s plea that they would be at a loss if a candidate withdrew either before the commencement of the course or during the session “as there is no dearth of candidates for getting admission and all institutes of repute are even otherwise supposed to prepare a waitlist and they do so; in case of vacation of a seat, they do offer the seat to some other person”.

NIFT filed an appeal in the State Consumer Commission, which again ruled in our favour. The commission said that “no provider of service including coaching centres, universities, etc can be allowed to retain the tuition fee charged by it in case tuition is not provided”.

The Commission also ordered NIFT to refund the balance amount and pay a compensation of Rs 20,000 to each of us. Though the claims have not been settled yet, one good thing that has come out of the struggle is that this judgement will benefit all those who have been duped by such institutes.