Ambivalence is always fishy. More so when it comes from the finance minister of India on a subject as critical as the frighteningly high food inflation. 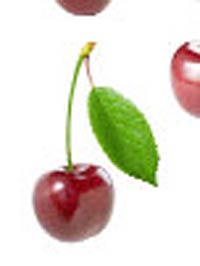 Ambivalence is always fishy. More so when it comes from the finance minister of India on a subject as critical as the frighteningly high food inflation. Pranab Mukherjee said in Parliament recently, "Prices are a major area of concern and we shall address it. Whatever steps are needed, we will take those steps." Given that the Wholesale Price Index (WPI) of food articles has been consistently scaling new heights (it was 16.7 per cent in November) why is there no clarity on these steps'?

The answer lies in the nature of the inflation. Food prices are rising primarily due to constricted supply and not because of high demand. While the public distribution system of the country has been appalling for a long time, the situation was worsened by the dry monsoon spell this year. According to the Agriculture Ministry's latest report, 2009 saw 29 per cent less rainfall during monsoons. This resulted in lesser area of cultivation for most grains. For example, the acreage of paddy dropped by 57.1 per cent this year.

As the problem is not created by demand, increasing the interest rate to suck out liquidity from the system will not impact food prices. Not that the Reserve Bank of India (RBI) is ignoring the option. In fact, the RBI is considering hiking rates, encouraged by signs of recovery in industrial growth—the IIP grew by a tidy 10.3 per cent in October 2009.

"Such an increase is very probable. Reining in inflation would be an important reason, but not the only one," says D.K. Joshi, chief economist, Crisil. Contrary to popular perception, he believes this step will help to reduce food prices in the long run. "A consistently high rate of food inflation results in wages going up. This introduces a cost-push effect on prices, which can be controlled by high interest rates," says Joshi.

So, is the government unable to reduce prices immediately? "Yes it can. The most obvious way is to import foodgrains and other items whose prices have rocketed" says Dipankar Mitra, an economist with the Noble Group. "The problem is that it will upset plans of reducing the bloated deficit in the government's budget," he adds.

This is why policymakers are ambivalent. In the same breath that the finance minister had expressed concern about food prices, he had reiterated the need to bring down the fiscal deficit to about 4 per cent by 2011-12 from the current year's estimate of 6.8 per cent. High import bills of food items will make this target extremely difficult.

One way to prevent such surges in food prices is to strengthen the public distribution system. But as Joshi points out, food inflation has been beyond the comfort zone from July 2007, a long time to take corrective steps. Even when everyone was gushing about a WPI of -1.01 per cent in June 2009, the figures for food told a different story at 10.9 per cent.

If you think that high food prices are here to stay, you are bang on. Our only advice is to grin and bear it. The jury is still out on whether interest rates will go up soon. Either way, your grocery bills will be unaffected.

'The start-up scenario in India is very attractive'

A nest egg that can be dipped into at will