Maruti Suzuki: Back on track

Maruti Suzuki’s stock is back on track after the company decided to tweak the deal with parent Suzuki Motor on its Gujarat plant, dispelling most concerns raised by minority shareholders.
Team Money Today | Print Edition: April 2014 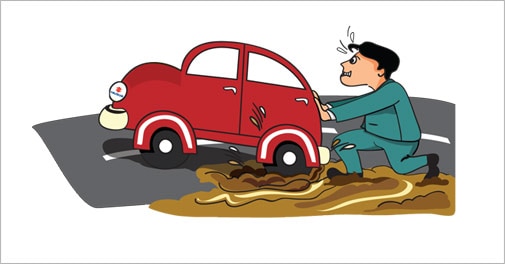 Maruti Suzuki's stock is back on track after the company decided to tweak the deal with parent Suzuki Motor on its Gujarat plant, dispelling most concerns raised by minority shareholders. Soon after the company announced the changes (on 16 March 2014) that include, among other things, Maruti Suzuki not taking a hit on profit margins for expansion of the Gujarat plant, brokerage houses upgraded the stock and raised their targets.

Edelweiss Securities raised the one-year target price for the stock from Rs 1,692 to Rs 2,115, while Nomura maintained the target at Rs 2,135. However, Prabhudas Lilladher maintained a cautious outlook with a target of Rs 1,843. On March 20, the stock closed at Rs 1,860. A report released by Edelweiss on March 18 noted, "The revised deal structure allays most of the key concerns arising from the earlier deal, leading to re-instating our stock multiple to 15x (from 12x). A healthy product pipeline, expected double-digit volume growth and margin expansion will drive earnings over FY14-16."

"Overall, we believe that the new clarifications are significantly positive for Maruti Suzuki shareholders and expect strong positive stock reaction," said a Nomura report published on March 17. According to the new deal structure, the Gujarat expansion plan will be funded by depreciation and equity brought in by Suzuki Motor Corporation, and Suzuki Gujarat will make no profit from selling the cars to Maruti Suzuki. "Maruti Suzuki's operating earnings will remain intact. In fact, Maruti's net profit and free cash flow generation will get a boost due to lower capex requirements.

For Suzuki, return on the Gujarat investment will be only through Maruti, which is positive for MSIL shareholders," says a report by Nomura. As per the earlier proposal, the Gujarat plant, which is to operate as a subsidiary of the Suzuki Motors, will sell cars to Maruti Suzuki at the mark-up price. The net surplus thus earned will be used to fund the plant's expansion. The day the deal was announced (on January 28), Maruti Suzuki share prices fell from the day's high of Rs 1,750 to Rs 1,541 before closing the day at Rs 1,563.

No extra interest on PPF, NSC from this fiscal