Why the advantage was lost

Unless the issues plaguing the central government pension plan are resolved, it won’t benefit the members. 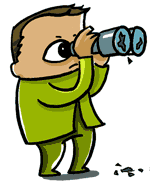 In his book In Spite of the Gods: The Strange Rise of Modern India, columnist and author Edward Luce talks about the dream job for most Indians. It is not films, IT or cutting-edge science. What the vast majority still wants is a government job. Why? Because they are assured financial security in their old age.

Contrary to popular perception, the scenario has changed since 1 January 2004, when the central government did away with the defined benefit scheme and started a defined contribution plan. Under the new scheme, the employees who joined after this date had to contribute 10% of their basic pay to the plan and the government would match this contribution. Under the earlier defined benefit scheme, or the pay-as-you-go (PAYG) model, the government paid fixed pension equivalent to 50% of the salary earned by an employee in the last 10 months of service.

Says Gautam Bharadwaj, director, Invest India Economic Forum: “Promises by the State about payment of pension in the future are much like debt and it is important to compute the implicit pension debt (IPD).” The IPD associated with the old scheme, as of late 2004, worked out to Rs 17,35,527 crore or 55.88% of the GDP. Therefore, it was critical for the policymakers to find a way out of this financial mess. The answer was the defined contribution pension.

But what about the employees? Says a recently retired bureaucrat: “The new scheme is good if you are financially aware. However, it would need a mindset shift from planning with some certainty, to planning for uncertainty.” At the moment, the mechanics for deciding one’s own future are not in place. Therefore, the scheme has hurt the interests of new employees.

For example, the government took three years to finalise the central record-keeping agency (National Securities and Depositories Ltd.) and the fund managers (SBI, UTI and LIC) in December 2007. So the members couldn’t enjoy the benefits that would have accrued to them if a portion of their monies had been invested in equities during the last bull run, which began in 2004.

The government is yet to create individual accounts for the members, so no one is sure what is happening to their money. Besides, members still can’t decide how their investment should be parked and the fund managers are only allowed to replicate the investment pattern of the Employees Provident Fund Organisation. Only when these issues have been tackled can an employee use his financial acumen to enhance his corpus.

The new scheme is fully functional in five states, with 21 others in the process of joining it, and includes three lakh employees. Till 1 April 2008, the money was in the Public Account, drawing an administered interest rate of 8% a year. By June 2008, nearly Rs 1,700 crore was transferred to the fund managers. “The estimated corpus is about Rs 6,000 crore, taking into account the Sixth Pay Commission recommendations,” says Dhirendra Swarup, chairman, PRFDA. Click here to Enlarge
NSDL charges Rs 350 annually to maintain each account. This is borne by the government, which will also bear the onetime Rs-50 charge and Rs-10 fee per transaction. But Swarup feels that there would be “zero pension liability on the central and state governments over a period of 30-33 years.”

There are other issues to be looked into, such as the dispute redressal mechanism for members. PFRDA must ensure that the schemes at the central and statelevel are compatible. The states should be able to access the central record-keeping agency. The single regulator will need to closely liaise with the Insurance Regulatory and Development Authority as only insurance firms are permitted to provide annuities in the payout phase.

More important is the delivery mechanism that has, inevitably, revolved around local bodies. The new scheme should be accessible to its members and have enough contact points to be flexible and transparent. Unless all this happens, only the government will gain and the members will get a raw deal.